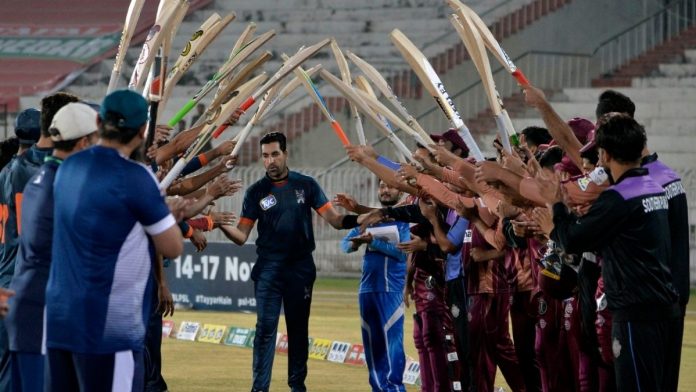 Pakistani fast bowler Umar Gul has declared retirement from all forms of cricket on Friday.

The 36-year-old officially declared his retirement following the National T20 Cup fixture against Southern Punjab in Rawalpindi. Gul signifies Balochistan which emerged victorious by seven wickets to design an ideal farewell to the bowler, who completed with no wicket for 34 runs in 2 overs.

He was in tears while walking through the guard of honour.

Despite the presence of Wasim Akram, Waqar Younis and Shoaib Akhtar in the other hand, Gul held on to his spot for consistency and accuracy. He was famous for the lethal yorkers, toe-crushers and in-swinging block-hole deliveries.

Must Read : Shaheen Shah Afridi in The Form of His Life

The speedster demonstrated himself to become an all-format bowler as he climbed through the beginning of the T20Is. In 60 outings for Pakistan, he picked up 85 wickets in an economy of 7.19.

He had been part of the inaugural T20 World Cup in 2007 at which Pakistan lost to India in the final. Later, he played Kolkata Knight Riders in the very first Indian Premier League year in 2008.

All-rounder Shoaib Malik shared his thoughts on Gul on Twitter. “What a career you have had #UmarGul loved every bit of playing with you,” he wrote.

Gul was one of the better bowlers with 12 wickets in six matches.

At the post match interview on tv, Umar Gul said,”It is difficult as it is my passion and I really don’t want to leave cricket, but everyone has to give up a while. Our previous legends needed to do this too. It’s a Procedure. I would just like to wish our juniors great fortune and I hope they serve Pakistan well.”

Lahore Qalandars have brought in Sandeep Lamichhane as replacement for Rashid...