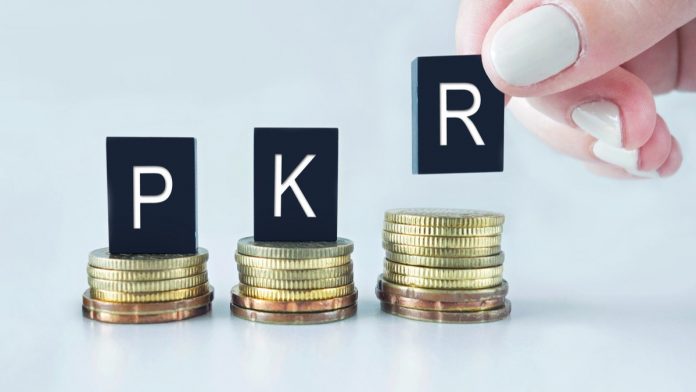 Pakistani rupee is getting stronger with the new economic policies in place. experts say that rupee is set to hit 150 against dollar in coming three to four months. The Pakistani rupee will continue to gain strength. Federal minister for economic affairs confirmed in a program that central bank is now looking to buy dollars from the market to maintain the dollar depreciation. This would be a first in Pakistan as SBP  had always found itself in crossroads and had always released dollars into the market to keep rupee in check.

“For the first time Pakistan is not borrowing money from the commercial banks,” said Hammad Azhar in a TV interview.

Pakistanis, who were storing dollars are now cashing them. This would also help increase the dollar inflow.

The exchange rate is purely market based. Another aspect that is evidently benefiting Pakistan is high interest rate. Though, the rise in interest rate is hitting local investor hard. But Pakistan is flooding with the ‘Hot Money’ from the foreign investors who saw it as an opportunity to invest in Pakistan’s securities and bonds. This direct investment has now increased over $1b. But critics say that once the interest rate would go down this ‘Hot Money’ will leave Pakistan all at once.

However, Pakistani stock market has been maintaining the trend and saw an 11 month high on Friday. The 100 index crossed 41,000 points. However, remittances are also continue to increase and recorded a 9.4% increase in November as compared to last year.

The overall economic outlook seems promising, now that the government policies are kicking in. But to generate a long term source of income government now have to focus on local industry. However, several measures have been taken in terms of duty free import of raw materials and machineries but with the manufacturing of competitive goods only, the country can achieve its lost glory.

Two thirds of businesses need to look beyond the financial imperative...