Tesla CEO Elon Musk has begun to make sweeping changes on the social media platform Twitter just a few days after he took over at the helm of the company on the social media platform. Recently, Tesla CEO Elon Musk fired Twitter’s top executive Parag Agarwal, and some other key Twitter employees as well. It may now begin charging for the social network’s blue tick verification in the coming months.

“We are in the process of redesigning the entire verification process right now”, Musk said in a recent tweet, without giving any details regarding the process.

In a report from the tech newsletter Platformer, this report quoted sources familiar with the matter, claiming Twitter is considering charging people for the coveted blue tick that verifies the authenticity of an account holder’s identity.

There is a possibility that Twitter’s users will have to subscribe to Twitter Blue in order to keep their accounts verified if the project moves forward. After a verifiable user has signed up for 90 days, he or she would lose their blue checkmark if they do not subscribe. Musk has warned employees that they will be fired if they don’t launch paid verification by November 7.

Musk has yet to finalize his decision regarding the project, so it remains to be seen whether it will become a reality or if it will be scrapped. It is believed that verification will most likely become part of Twitter Blue in the future, according to Platformer.

The Twitter Blue service was launched last month as a premium tier for subscribers to Twitter who pay for their account. There are many advantages to using this app, including the creation of a custom app icon, the availability of ad-free articles from some publishers, etc.

Recently, the social media giant has also introduced an edit button, which is one of the most requested features from users for a long time now. The Twitter Blue app can only be downloaded by Twitter Blue users, and it allows you to modify your tweets after they have been shared. 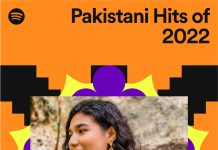