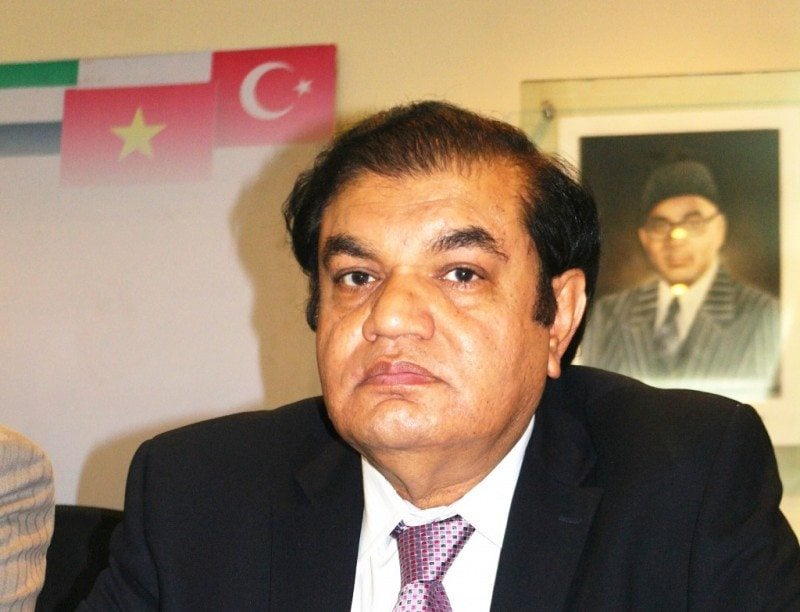 Mian Zahid Hussain said that half-hearted measures of anti-smuggling agencies have helped enemies of the country while these departments suffer from lack of coordination, overlapping powers, confusing jurisdiction, lack of accountability and absence of the will.

He lauded the efforts of FIA against those involved in hundi and terror financing in Peshawar and demanded that sphere of such raids should be widened across the country.

The veteran business leader said that only eleven commodities which are smuggled into Pakistan are worth 3.88 percent of the GDP which is alarming as the ratio of smuggling in India is 0.43 of GDP and 0.04 in Bangladesh while it is less than one percent of GDP in dozens of countries.

Mian Zahid Hussain said that tires, tea, auto parts, mobiles, TVs and diesel in country smuggled at the percentages of 59, 47, 57, 59, 57, and 33 respectively. Moreover, the smuggling of LPG, cement, tiles, plastic, steel, and automobiles continue to increase which is hitting industrial sector, reducing jobs and revenue.

He said that a lot of toys, clothes, crockery, electrical items, sanitary etc. are being imported which is under invoiced to save customs duty which has resulted in zero investment in these sectors. Stopping money laundering, under invoicing and smuggling in the only option we have, he warned.

FINCA TO LAUNCH ITS DEBIT CARD FACILITY IN COLLABORATION WITH 1LINK