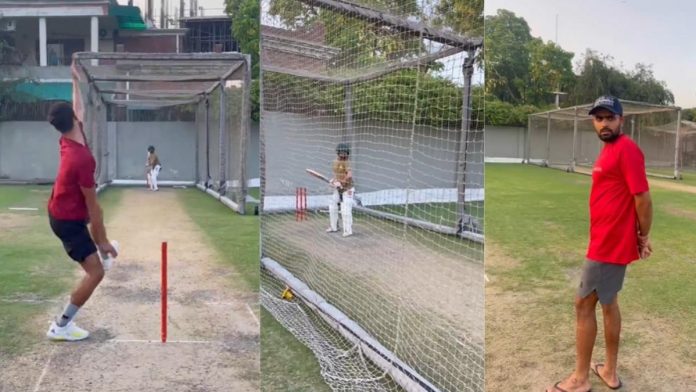 Lahore: It was reported that the Pakistan Cricket Board (PCB) was aware about Babar Azam’s younger brother Safeer Azam using National High-Performance Centre (NHPC)’s nets area in violation of the rules.

In a video posted via Twitter Safeer can be seen batting inside the nets of NHPC’s the national bowler Shahnawaz Dahani under the supervision of his brother and Pakistan’s captain of all formats Babar.

The video caused outrage on social media, with some like ex- Test cricketer Tanveer Ahmad questioning PCB’s position on this issue.

As it reacted to the controversy PCB was quick to remind Babar of the rules for making use of NHPC facilities. As per PCB’s policy only Pakistan players first class players, or junior cricketers are allowed to make use of the facilities and the staff in the NHPC with the approval from the authorities.

In reply, Babar accepted his mistake and promised to be more careful next time.

It is important to note in this context that Safeer frequently shares his batting videos , but it is still a while before he can achieve a breakthrough at a more advanced degree.