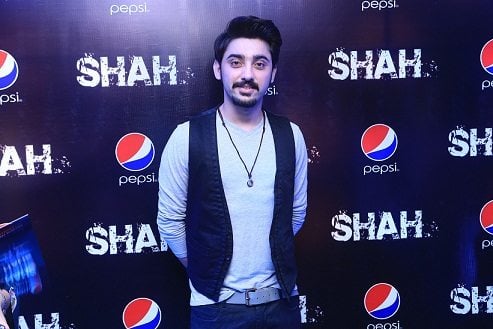 Pepsi proudly premiered one of the most anticipated movies of the year SHAH at an exclusive evening in Lahore at Cinepax Cinema in Fortress Square mall. Pepsi is the official beverage partner of the upcoming blockbuster.

SHAH is based on a true story of a Pakistani boxer, Hussain Shah. The movie highlights Hussain Shah’s life as a homeless child on the streets of Karachi and how he eventually dominated Asian boxing for nearly a decade. Hussain Shah became the first South Asian to win an Olympic Bronze medal in boxing in 1988. He remains the only Pakistani athlete to win an individual medal at the Olympic Games in more than 50 years.

With the aim of inspiring the youth, Pepsi brought forward country’s legend, Hussain Shah. Pepsi has always believed in promoting national talent who make their dreams a reality.

‘Mere Pass Tum Ho’ will not air this week, fans have to wait longer

Something is cooking and it ain’t right, Egyptian Embassy keeps Pakistani citizens in the...

Hajra Haroon - January 17, 2020
0
Egypt and Pakistan established diplomatic relations back in 1951. In the 50s, Pakistan strove for a leading role in the Islamic World...
edit

The famous superhero character He-Man will be getting his own TV...