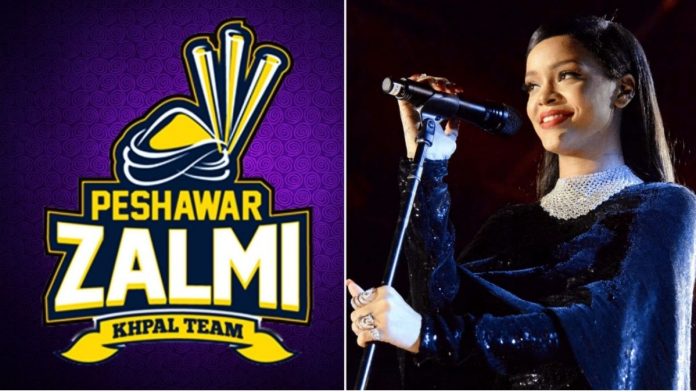 Javed Afridi has sent the twitterati in to a frenzy once again with a another exciting tweet. Peshawar Zalmi fans over Pakistan and the world can not get a grip at the excitement they feel towards the prospect of having someome of Rihanna’s stature sing the team’s anthem ahead of the Pakistan Super League (PSL) sixth season, which is set to start February 20. Rihanna is very popular artist who is known worldwide for the amazing songs she has written and sung. She is a major icon and an inspiration to so many and having her sing for a team based in Pakistan would be truly amazing. This speculation regarding the prospect of Peshawar Zalmi hiring Rihanna gained speed after Pakistani businessman and Zalmi franchise owner, Javed Afridi, dropped a mysterious post on his official Twitter account days before the PSL 2021 is set to start.

“RIHANNA FOR ZALMI ANTHEM,” Afridi wrote on Twitter, leaving the fans of Pakistani cricket in to major shock, a shock of excitement. It is also worth noting that Rihanna recently made the headlines after she spoke up about India’s farmers protest which have escalated over the last few months, and she also raised questions against the Modi government’s, treatment towards the farmers. “Why aren’t we talking about this,” she wrote on Twitter while adding a photo about the protest, as she shared an article about the movement, using the hashtag #FarmersProtest.

Rihanna’s tweet sent Bollywood celebrities, including the queen of controversy, Kangana Ranaut, scrambling towards somehow defuse the situation raised by the sensational pop icon for speaking against Indian Prime Minister Narendra Modi’s agricultural reforms and the major issues that these reforms have created in India. Moreover, indulging in the world of human rights is just another forte which makes the artist truly inspirational. Being a voice to those who are oppressed is a lovely gesture from the queen of pop music and we would love to see her sing the national anthem for Peshawar Zalmi.

US and France have agreed on Middle-ground on Frances tax on...