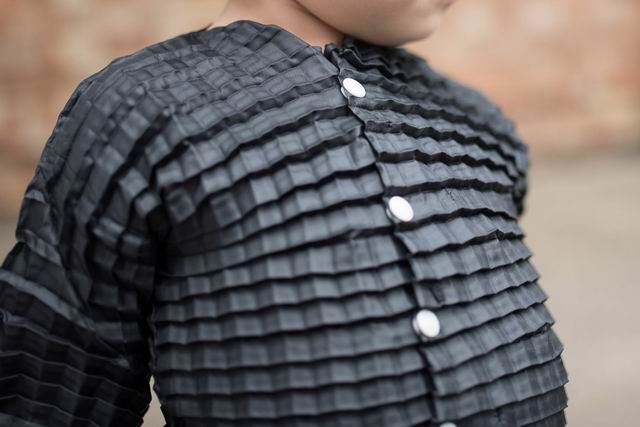 When Ryan Mario Yasin bought clothes for his newborn nephew, by the time they reached their destination the toddler had already outgrown them.  While this was disheartening for his kid’s clothes do not come cheap- it was also inspiring. So Yasin set to work to make clothing items that would grow with the child. All Petit Pli clothes are recyclable.

The current life of each clothing item is from 6 months to 36 months. Normally the child would have gone through 5 jackets in that time period.

The product was a clothing line consisting of outwear jackets and pants that had specific pleat systems allowing it to unfold as the child grew. Yasin holds a master degree in Innovative Design Engendering from the Royal College of Arts. As part of his previous masters in aeronautical engineering, the designer had researched deployable structures for small satellites. These require carbon fiber panels to pack away into minuscule gaps before being released and holding their structure which is exactly how the clothing unfolds. 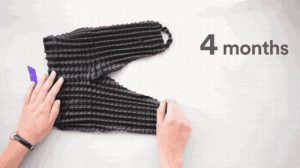 “The structure deforms with the movement of the child, expanding and contracting in synchrony with their motion,” he added. When folded a single piece of clothing condenses to the point that it can fit in a pocket.

He had to test different materials that would hold shape and form and finally settled on a synthetic material. The first clothes of his line were molded in his own oven at home.

The synthetic nature renders it waterproof and air resistant. The permanent pleats are designed to face downwards so the crumbs won’t settle into the pleats. It’s also durable and can last as long as the child outgrows it. 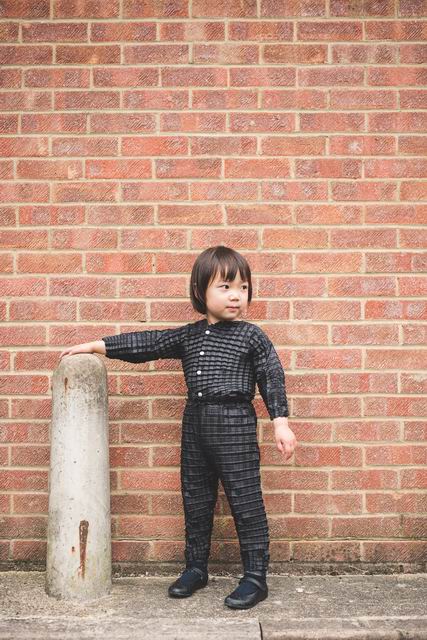 Yasin does not want parents to dress their children entirely in his line, Yasin recommends it to be only used as an outerwear jacket and pants because of the polymer which might uncomfortable against the skin for the kids.

Ryan wanted to debut in the fashion but he soon realized fashion is unnecessary and with little to no longevity and wanted to change it. All Petit Pli clothes are recyclable.

I believe new parents and young children are both at a stage in their lives where they are open to learning and absorbing new information—could Petit Pli instill a message that fast fashion is unnecessary and longevity is key?” Yasin says. “I really do hope so.”

If parents can avoid buying six new jackets as a child grows, in addition to saving money, they can also avoid the environmental footprint of manufacturing, be transporting, and be discarding each of those jackets.

Right now Yasin is looking for investment in Petit Pli and wants to expand the line to more age and sizes but that might also come easy for him now. His collection was also selected and declared a winner from over 2,000 entries to be named 2017 winner of the UK James Dyson Award, which recognizes the most innovative new inventions devised by students in England, Scotland, Wales and Northern Ireland.

Factors to Consider When Buying a Toddler Trampoline