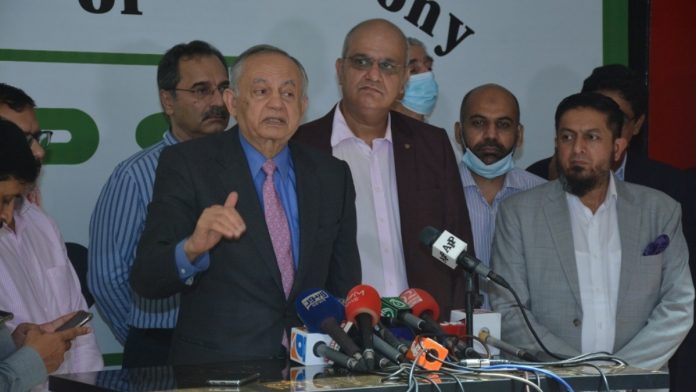 Pakistan Shoe Design Hub is established with the support of UNIDO and PSIC.  UNIDO all out support has made this project turn into reality and become a success. PFMA Chairman Mr. Imran Malik has shared his special gratitude to the expertise of international consultants of UNIDO (ASSOMAC).

Under this initiative, PSDH regularly conduct computer aided footwear designing courses (Shoe Master 2D/3D & creative) with latest technology like 3D Scanner, 3D printer, 2D digitizer, Oscillating knife cutter and plotter to develop industry, individual entrepreneurs to place and firm their position in the global scenario.Pakistan Footwear Business Study Center support and share research and development to the industry.PSDH has form a club of local and foreign footwear designers to network beyond the border limitation and share their expertise to benefit each other. The Purpose is to strengthened Pakistan Footwear Industry by support individual entrepreneurs and Freelance Designers at their developing stage to apply better business planning, marketing and manufacturing techniques to avoid draining their talent, passion and resources.

Alos Read: IT Clusters To Be Setup In Major Cities

The establishment of Pakistan Design HUB would help boost not only shoe production but also lead to significant increase in footwear exports. More over, we are helping the footwear industry in every aspect especially by cutting down taxes and increasing share from the export development fund. Abdul RazakDawood said while inaugurating the Pakistan Shoe Design Hub – PSDH at PFMA office in Lahore. PSDH would act as common facilities CENTER for the small and medium enterprises in footwear sector that don’t have enough facilities and financial space to invest in design and fashion fore casting, he added.

PFMA Chairman Mr. Imran Malik has acknowledged the Contributions of UNIDO and PSIC to make it a big success. During his speech, He personally thanked Mr. Abdul Razak Dawood, Advisor to PM for Commerce and Investment for supporting the Footwear Industry in the fiscal year budget 2021-2022 by offering concessional regularity policies and tax relief to the industry. It has put the industry on fast track of growth during last 3 years. PFMA chairman pointed out that Industry has witness 63% increased in its membership, -92% reduction in Shoe Import, +22% increased in export in last 3 years alone. This has allowed Industry to set export target of $300 million up to 2025 and $ 1 Billion by 2030. These targets are achievable if Government continue its incentives support in DLTL, LTFF, Export Refinance Fund (ERF), Rebate on Footwear Exports should be extended from 4.7% to 7%, Subsidy on Footwear Testing Lab liked offered to other sectors, 25% Subsidy on TUF (Technical Up Gradation Fund) for Technology up gradation, special fund for Skill Development Training and allocation of Government Land for Footwear Training Institute.

Besides praising Government, PFMA Chairman also put forward list of key issue faced by the industry, which requires immediately Government attention. The Lack of Technological Adoption in the Industry, Terrorism and Law and order situation, Lack of Allied Industry and absence of clear State Bank Policy to fund Footwear Sector. PFMA Chairman demanded the Re-imbursement of Custom Duty of Italian Machineries Paid by PFMA from its own funds;Water treatment & waste treatment plants are already exempted from duties only for health sectors.  It should be exempted for all the industries as CSR (corporate social responsibility) in EHS and government should also offer subsidy on installation of Water Treatment and Waste Treatment Plants, Grant of 6% R&D Support to Leather Footwear should be restored and further Reduction of Custom Duty on Footwear Raw Material to make it more impactful for the industry to thrive.

Punjab Small Industries Corporation (PSIC)Managing DirectorMr. Muhammad Tahir Watto has expressed his appreciation to the Cluster Development Initiative (CDI) for executing this flagship project of the Punjab Government.  He lauded the role of PFMA for providing strong support and assistance to the center. Mr. Watto stated: “Pakistan Shoe Design Hub (PSDH) is the result of a Diagnostic Study Report, which revealed a lack of designing and marketing related services, thereby limiting the footwear industry from achieving its full potential in the international market. I am confident that PSDH will serve to provide indigenous and affordable designs and market intelligence to the footwear cluster companies.”

Nokia has a cabinet reshuffle, Elhage steps down