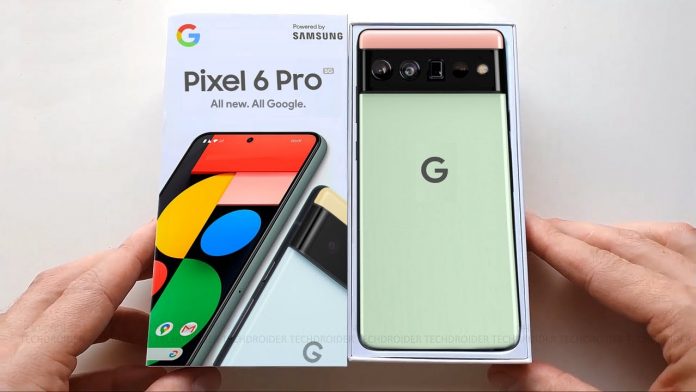 Both the disassembly as well as the teardown videos with respect to any smartphone typically make their way soon after the release of the smartphone itself. One of such teardowns was recently performed by PBKReviews which had earlier gone on to indicate that the Google Pixel 6 Pro is actually rather difficult to repair. However, now, another disassembly video has come towards by JerryRigEverything which has highlighted that the screen replacement when it comes to the Pixel 6 Pro is the easiest thing ever.

This video just goes on to show that swapping the screen out for another on the device is indeed a straightforward process that barely requires any heating. All that you would need to do is stick a suction cup on the display and use a prying tool in order to separate it from the rest of the body and it pops out in a jiffy. Next what you would need to do is disconnect the display’s ribbon cable and it will be a done deal!

However though, as far as the rest of the phone goes, it is no easy deal. There is a large amount of glue that is used to stick the various number of components together – removing which can result in quite a bit of damage, even if you’re sure of what you’re doing. For instance, the battery holds onto the frame in quite a firm fashion thanks to the usage of copious amounts of adhesive. In order to replace it, the use of alcohol would be required in order to dissolve the glue.

Regardless of all this though, most of the people would only turn to screen replacement anyways considering the fact that it’s indeed the most likely part which would break in case the phone drops. And since that’s a process proven easy, one would have to imagine that it shouldn’t be that big of a problem.

Redmi Note 9 series to see a global launch this week

The Pocophone F1 has some nice add one features