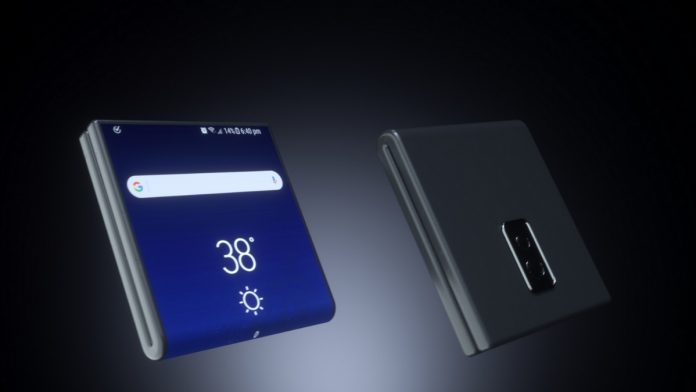 The new year has started with a bang as more and more reports are now suggestive of the fact that we are going to see many more foldable devices this year around than the previous. Amongst the lot, Google is indeed expected to launch a foldable pixel smartphone. And now, we might also have some details with regards to the device at our disposal too.

Indeed as spotted by a website, we actually see two patents which have been filed by Google Inc at WIPO (World Intellectual Property Organization). The publication numbers have indeed been showcased, and they go on to show that the design in question makes way with a hinge mechanism.

Must Read: Galaxy A32 5G to make its way in four colors

First and foremost, we see a rather more traditional hinge concept which is in fact found in many devices like the Huawei Mate Xs devices. This goes on to represent of course an outward folding design making way with a cylindrical hinge which is placed vertically right at the center. The thickness that the hinge makes its way with might indeed be so as to compensate for the rather large outer folding curvature of the display in question.

Moving on, the second design actually makes way with an inward folding display. However, the hinge actually is somewhat like the first Royole Flexpai and even similar to Xiaomi’s early prototypes. From the images that have been shown, it can also been seen actually that a thick ridge-like structure goes on to support the frame. Google actually specifies it as a “plurality of hinge assemblies” suggesting hence a multi-segment hinge. One of the imagines also proceeds on to show what seems like a separate assembly with hinges to join the display as well as the frame. With that said, this patent, which was subject to being filed back in July of last year has been published on the 21st of January this year. For now, we aren’t exactly sure whether this indeed would be the final design that Google will entertain but regardless of this, the fact that Google is patenting both inward/outward design is indeed a welcoming sign to try out all possibilities.