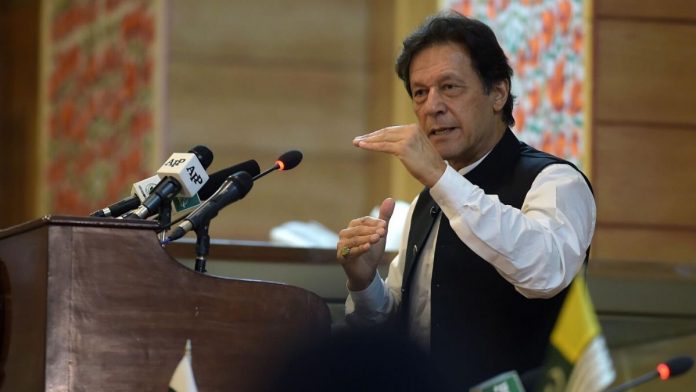 Executive PM Imran Khan on Friday said the resistance needed to make a break between the legislature and military, asserting that he had known about lawmakers’ gatherings with armed force administration.

The leader in a gathering with news heads of some private TV channels said he had no dread of the resistance, as he would go for by-decisions in the nation if all resistance individuals gave renunciation from the congregations.

When reached, a member of the gathering said Mr Khan was inquired as to whether he thought about legislators’ gatherings with Chief of Army Staff (COAS) Gen Qamar Javed Bajwa and Inter-Services Intelligence (ISI) Director General Lt Gen Faiz Hameed a week ago. The chief answered he generally thought about such gatherings just as about the ongoing specific gathering.

The PM, be that as it may, would not remark on the gathering in which, as indicated by the railroads serve, top resistance pioneers including Pakistan Muslim League-Nawaz (PML-N) president Shahbaz Sharif and Pakistan Peoples Party (PPP) director Bilawal Bhutto-Zardari were available. “I [am] consistently mindful of such gatherings however what I can say about the individuals who meet military initiative covertly,” the leader was cited as saying.

Must Read : PM Khan at it Again: Shows off His Public Speaking Skills at UN

Asked whether he was welcome to the gathering or not, Mr Khan clarified that the gathering was really called from security perspective to brief the heads of ideological groups partaking in up and coming decisions in Gilgit-Baltistan. “I have no compelling reason to go to the gathering since it was security related,” the PM said.

“Besides, I would not like to sit with the resistance chiefs who consistently attempted to extort the administration over even the ongoing enactment on Financial Action Task Force-related bills in the parliament,” Mr Khan proclaimed. The resistance was troubled to see “extraordinary” agreement between the legislature and the military he stated, adding that they needed to make a break between the common military authority. “Armed force does 100% what I ask it. Armed force respected my choice on various significant issues like return of Indian pilot Abhinandan to India, opening of Kartarpur Corridor for Sikh explorers, strategies on Afghanistan and India and so forth,” he said.

PM Khan said the military followed the proclamation of administering Pakistan Tehreek-I-Insaf (PTI) in light of the fact that its administration was not degenerate. In any case, he dismissed the feeling that the PTI government came into power with the military’s assistance. In any case, he included, “Though the military had established frameworks of both PML-N and PPP.”