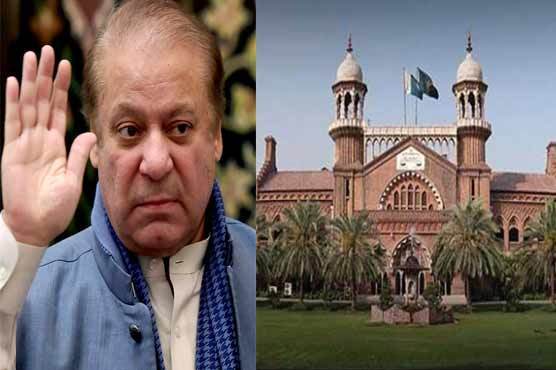 So in recent news,Nawaz Sharif has been found to be very sick and hence has urged for him to get treatment abroad, however, the government of Pakistan has kept a significant requirement for him to make the trip which is in no way acceptable for the former Prime Minister of Pakistan. In that regard, the Pakistan Muslim League-N (PML-N) has approached the Lahore High Court (LHC) on Thursday, to request the removal of former prime minister Nawaz Sharif’s name from the no-fly list in order for him to make a trip to USA to undergo treatment.

Moreover,in the hearing which was conducted at the High Court, Nawaz’s counsel argued before the court that at the time of granting the bail, there were no conditions set upon the former prime minister. After hearing his case, the court asked the Attorney General to tell the court whether the fine imposed by the government was a part of the accountability court’s verdict.The court asked that “Does the ECL ordinance give the centre authority to give permission for a one-time visit abroad?” In a response the AG asked the court to grant him a one-day permission to respond to this particular case, following which the hearing was adjourned until Friday.

Moreover,the government on Wednesday agreed to let the former prime minister travel abroad to undergo treatment under specialized care, for a four-week period, provided he submits an indemnity bonds worth Rs7 billion.In a response to the media, Law Minister Farogh Naseem said that keeping in mind Sharif’s adverse critical medical condition, “he will be given four-week long, one-time permission to travel abroad for medical treatment.”However, the PML-N has rejected the government’s conditional offer to travel abroad and since then this case has died down as PML-N former leader is in no mood to declare such a monetary value in the hands of the government.