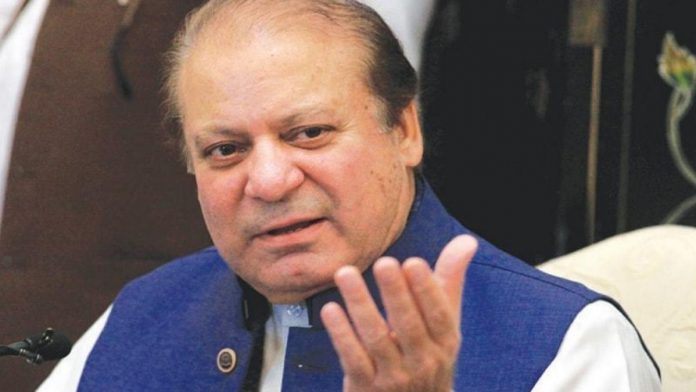 Despite reports that Nawaz Sharif would be returning to Pakistan in the next month, the party’s leaders have denied that Sharif was returning. PML-N supremo will be in the political arena anytime soon, while others claimed it was just a red herring to counter the rise of PTI.

In a statement that was made under the confidentiality of the party leaders told the Netmag Pakistan that there no clear decision about Nawaz Sharif’s return back to Pakistan. They said there was majority of party leaders who believed to have him return as soon as possible, however there was no announcement regarding when.

The two party leaders have said the party has not officially confirmed or denied the claim but that alone doesn’t give this theory any credence.

One of the party’s chiefs who is from central Punjab He argued that there is a potential benefit to making this claim at this point in time, since it draws attention away from the rising popularity of PTI to Nawaz’s return , and acts as a boost for the sagging morale of members of the party.

He also said that it is also a double-edged sword since the debate raises the issue of his controversial time in London in which is currently his residence for his treatment from the year 2019.

The other leader stated that the party’s supremo might be back in September, but that was a “hope of a worker from the party and not a final decision”.

He added that no decision on the return of the elder Sharif has been made public to the party and that his return is contingent upon a number of things, including his health, the assurance that he will be given a fair playing field and also a guarantee that the ‘word’ be kept and honored.

The party is able to have all legal issues addressed, however, those solutions could be reverted when he returns, which could result in deep trouble.

He added that there was a consensus within this party on whether Nawaz should be returned to help improve the fortunes of the party. Without his return , the party could not be able re-energize its members, and could suffer a significant loss during elections, he said. He stated that he hopes Nawaz Sharif will be back at a later date, and help this party to the end of tough times.

Sharif the family’s spokesperson who The Netmag pakistan had talked to recently, declared that there was not a decision on Nawaz Sharif’s return. He also said that if a decision is taken, it will be announced by the party’s spokesperson not by any single leader.

The MNA Waheed Alam Khan said there is no final decision on Nawaz Sharif’s return to Pakistan, at least according to his information. He added that Nawaz will be returning to Pakistan soon and that’s all they are aware.

The senior political figure MNA Syed Javeed Hussain said that he wasn’t aware of any plans concerning the return of Nawaz Sharif.

He stated that the party will announce it publicly as soon as it is taken into consideration. In response to his remarks the spokesperson said that it is Javed Latif’s personal opinions and does not reflect the decisions of the party. He stated that it was best to wait for matters to be settled before they were publicly announced.

The PML-N’s MNA Mian Nawaz Latif, a day before on Monday, held a presser, along with the party’s Punjab spokesperson Azma Bukhari, to announce it was true that Mian Nawaz Sharif was returning to Pakistan in September. Mian Javeed latif previously made similar claims in the past but the party has was able to distance itself from his claim each time.

Mian Javeed Latif has told that The Express Tribune that the decision was indeed taken , however the date is not set. When asked about the mishaps in the past the announcement, he stated that Nawaz Sharif had been in the process since last year’s election to come back but was not able to because of a variety of reasons. However, things have changed. He was unable to address the question of his party’s leaders who had resisted his remarks.

The spokesperson for the party and Federal Minister of Information Marrium Aurangzeb has not responded to questions the correspondent posed, asking her to either affirm or debunk Mian Javeed’s claims. Others who are known to be party leaders have did not discuss the issue.

Don’t pay your bills and wait for the Govt to issue...