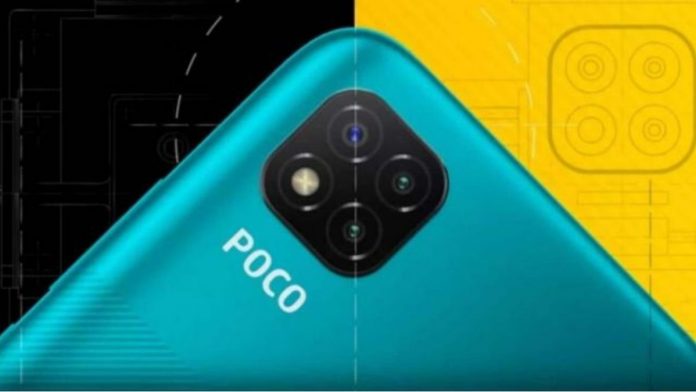 Poco is set to launch its latest Poco C3 on the sixth of October. It has now also been revealed that the upcoming smartphone from Poco will make its way with 13MP triple rear cameras.

The latest teaser that has been released by Poco actually goes on to show that the Poco C3 will be making its way with a square-shaped camera module placed at the top-left corner of its rear shell. It comprises of 13MP triple cameras, as well as an LED flash. Also, apart from the main sensor, it goes on to feature with a macro lens as well as a depth sensor.

Also, the Poco branding can actually be seen below the camera module. For now, it remains to be seen whether or not the final product will also carry the branding at the same place. The lower part though of the back panel appears with a textured appeal. Of course before the 6th October launch takes place, Poco is likely to reveal more features with regards to the smartphone.

Previously, leaked shots of the Poco C3’s retail package had also previously revealed that there will indeed be a variant that will arrive with four gigs of RAM along with 64 gigs of internal storage. Also, reports that surround the Poco C3 actually go on to suggest that the device will make its debut as a rebadged version of the Redmi 9C that made its debut just a few months back.

The Redmi 9C features with a 6.53-inch IPS LCD Panel, Helio G35 chipset, and a 5000mAh battery. The phone has integrated within a triple camera setup consisting of a 13MP + 2MP (depth) + 2MP (macro) sensors. On the front of the phone is present a 5MP front facing camera, while on the rear is present a fingerprint scanner.

Tecno – Chinese Mobile Manufacturer is launching in Pakistan on April...