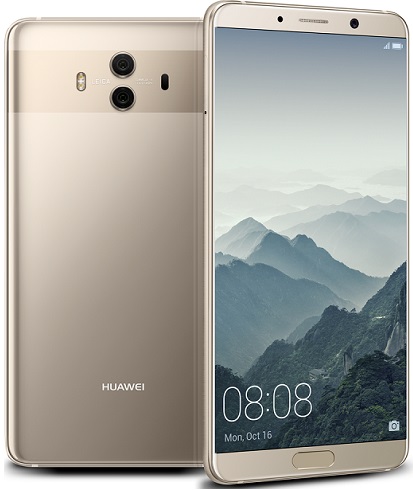 The design of these phones is now with a glass black rather than metal. The HUAWEI Mate 10 Pro features a rear-mounted fingerprint sensor, while the standard HUAWEI Mate 10 manages to squeeze one onto the front. Inside the both Mate 10 variants are the Kirin 970 chipset, backed up by 6GB RAM and 128GB storage for the Pro, and 4GB RAM and 64GB for the standard.

The CEO of Huawei Consumer Group – Richard Yu stated: “As we are aware of the fact that Artificial Intelligence (AI) is set to propel the intelligent development of smart devices to the next level. Instead of passively responding to user needs, the AI in the HUAWEI Mate 10 and Mate 10 pro will sense our mood and environment, and proactively offer new ways for us to interact with the world around us through targeted services.”

The best feature of the HUAWEI Mate 10 is that it can plug the phone into any screen using a USB-C to HDMI cable turning it into a mobile workstation (like Samsung DeX, but without the Dock). The screen can also be turned into a trackpad and keyboard.

The HUAWEI Mate 10 features expandable memory and the Mate 10 Pro is now also water resistant with an IP rating of 67.  Both phones will feature Leica branded dual cameras, combining 12MP RGB sensor and 20MP Monochrome sensor with a f/1.6 aperture, but HUAWEI has added intelligent AI to the mix.

The HUAWEI Mate 10 will recognize what kind of picture is being taken and adjusts the settings in order to get the best image. What’s also impressive is the claimed battery life – two days of normal use. This is due to the large 4000 mAh battery, as well as the better-optimized processor, software, and display.

The Mate 10 is available in numerous exciting colors such as; Blue, Brown, Pink, Gold, and Black. Moreover, it is also available in a Porsche Design model. HUAWEI Mate 10 will be available for customers in Pakistan from November.