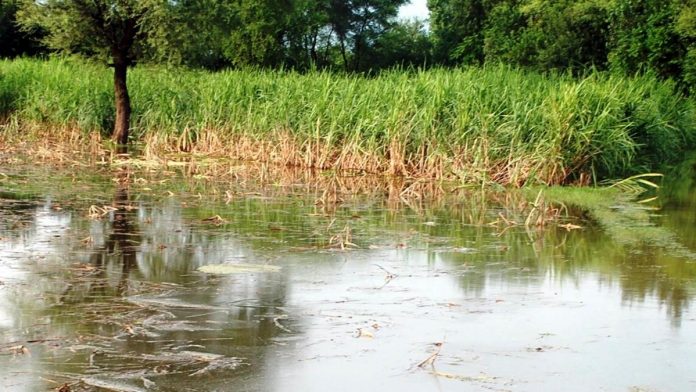 Recent floods and the prospect of a rise in prices of raw materials has caused an alarm in the agricultural sector in Pakistan and paints a grim outlook that the nation’s food security is in jeopardy.

Food security according to the United Nations’ Committee on World Food Security It means that everyone have access to food at all times. are able to have physical, social as well as economic access enough healthy, safe, and nutritious food items that meet their dietary preferences and food requirements for an active and healthy lifestyle.

However, this is intended for the world of today. For the majority of people in Pakistan the term “nutritious” refers to whatever is readily available. The stakeholder community has warned about problems arising in the agricultural sector. “Pakistan has to spend billions of dollars next year to secure its population from hunger as the recent floods have destroyed almost everything,” stated Pakistan Secretary-General of the Kissan Ittehad Khalid Khokhar talking to the Express Tribune. Khokhar stated the fact that the cotton crop, as well as wheat and other the seasonal crops have been destroyed as areas of Balochistan and Sindh were seriously damaged due to the torrential rains.

“These floods are much more disastrous than the 2005 earthquake and 2010 floods, farmer’s crops have been lost and they do not have money to pay their debts and to think of harvesting the upcoming crop,” Khokhar stated. Increases in various input costs like electricity bills, phosphorus levels and fertilisers continue to be an additional burden on the farmers community. The farmer complained the fact that “the electricity bills have made lives miserable as the community is paying a per unit cost starting from Rs40 per unit and up to Rs200 due to different taxes and fuel adjustment prices”.

“It is expected that in order to get an instalment payment from the International Monetary Fund (IMF) and the government will also tax 17 percent GST on fertiliser such as urea, phosphorus and urea, and we worry that farmers will not be able to buy inputs at a cost that is higher. This makes it impossible to maintain a balance in the input of minerals, which could ultimately affect the production of crops,” said Khokhar.

Also Read: Internet goes down across Most Parts of Pakistan

Pakistan has paid $9.4 billion for food imports between FY2021 and 22 when it imports wheat, edible oilseeds, sugar, tea, milk spices, pulses and other food items. Many experts believe that the nation could pay more in the coming years to ensure the security of food for its citizens. The former Pakistan Agriculture Research Council chairman Dr Yusuf Zafar told The Express Tribune that, “This mess has been created mainly due to the low priority of successive governments while dealing with this important sector.”

“Pakistan is ranked at the 92nd position out of a total of 116 countries by the International Fund for Agriculture Development, even Bangladesh where floods are common is placed at number 75,” Zafar said. Zafar. He said the fact that “some two decades ago, the country imported seeds worth Rs800 million, whereas, last year we imported seeds worth Rs20 billion.” Zafar further said “This shows that our plant building and research center has collapsed over the years”.

We currently import 100% canola and corn seeds, as well as 98% of the seeds of potatoes. In the wake of Covid-19, the world supply chains have been disrupted as well as the ongoing conflict between Ukraine and Russia has added fuel to the conflict. The prices of food in the world have increased. “Due to a global crisis, the zero-hunger goal initiative under the Sustainable Development Goals have been pushed back to over one billion people again,” Zafar said. Zafar.

“Agriculture is an openair industry, dependent on external factors such as climate and we can’t control these factors,” he added. Pakistan is facing financial difficulties and is in the same position as any other nation.