With the establishment of NHT, Pakistan has become the 18th country in the world, and second Muslim country in the world after Turkey, to have its own facility for cardiac stent production. As per the World Health Organization (WHO), Pakistan stands 18th in the world to have maximum deaths per year due to coronary diseases and falls in the Red Alert Zone. This precarious situation is largely due to exorbitant prices of imported cardiac implants, which over 80 percent patients find inaccessible. The establishment of NHT will not only bring quality stents within the reach of these patients, but also save huge sums of foreign exchange every year for the national exchequer.

Speaking at the occasion, the Prime Minister Imran Khan commended NUST for accomplishing this huge national project that will give a significant boost to the country’s health sector, adding that the initiative is in line with the Government’s prime objective of attaining self-sustainability. He maintained that NHT has emerged as a beacon of hope for those who cannot bear the cost of heart-related treatments owing to involvement of expensive imported products, such as heart stents. He assured NUST of the Government’s full support for suchlike trailblazing initiatives of national significance.
Addressing the students, the Prime Minister congratulated them on being part of Pakistan’s #1 university, and stressed that this placed a big responsibility on their shoulders to play the lead role in nation building. He termed them role models for the country’s youth. Bestowing a few life lessons upon students, he urged them to develop a positive mindset and turn self-doubt into self-belief while pursuing well-defined goals in life. He also advised them to consistently offer prayers 5 times a day and seek the path of those whom Allah has favoured with his blessings.

Must Read : Pakistan Aiming For Vaccine In The Coming 6 Months

Federal Minister for Science & Technology Chaudhry Fawad Hussain also shared his views at the inauguration. He extolled NUST for once again delivering a gigantic project that has been engineered to revolutionise the country’s health sector. He added that the project was awarded to NUST, citing its well-established research and development paraphernalia, and, as expected, the university has lived up to the expectations of the Government and the people of Pakistan. He said that the Government has given special patronage to this project and supplemented NUST’s efforts for the early completion of this mammoth project, so as to make NHT’s indigenously manufactured products readily available to patients at a fraction of cost of the imported ones.

In a special vote of thanks, Lt Gen Naweed Zaman, HI(M), (Retd), Rector NUST, expressed deep gratitude to the Prime Minister, various Ministries and bodies of the Government of Pakistan, and the COAS & Chairman NUST BoG, for their patronage and assistance for timely completion of this mega national project that will have far-reaching positive impact on the society and the economy.

It merits mention that NHT is an ISO 13485: 2016 certified facility accredited by European Commission Notified Body and approved by Drug Regulatory of Pakistan (DRAP). To begin with, NHT has launched three of its major products, including REJUVENATE – Bare Metal Stents (BMS), N-DEAVOUR – Drug Eluting Stents (DES), and VASOGLIDE – PTCA Balloon Catheters. NHT has also made another phenomenal breakthrough by manufacturing “N-SAVIOUR,” a ventilator system against the backdrop of COVID-19, which will be used to treat patients with chronic respiratory issues. 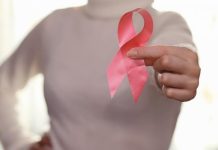 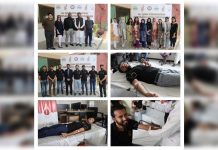 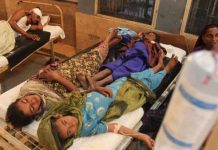 What Is the Main Causes of Poor Health Facilities in Infants and Kids?