It’s the start of the spring and the fragrance of cricket is in the air. Yes, it’s time for PSL and the first week of the league has been astonishing for the fans. The matches have been fantastic so far, and the players are on fire. In short, the cricket fans are delighted with the overall league and enjoying the sport tremendously. For a nation who is passionate about cricket, starting its league was a huge milestone. Since its start in 2016, PSL has been going strong and successful in Pakistan and has been able to achieve the targets for which it was meant. Not only it has reawakened the passion of cricket in youngsters, but it has also reopened the gates of international cricket in Pakistan.  For PSL 2018, the eliminator playoffs and the final match will be played in Lahore and Karachi respectively.

Must Read: Yayvo presents Pakistan’s First ever Online Shopping Day on 19th May

Get Up to 75% Discounts on Yayvo Cricket Festival 2018

PSL is playing an exceptional role in revival of cricket in Pakistan and keeping up with that spirit; Yayvo.com has launched #YayvoCricketFestival18 which is highly unique and unseen before in the shopping world. The shopping festival has been going strong since the start, and Yayvo.com is taking it another step forward by increasing the discounts on 6th PM 2nd March 2018. Overall, there is a discount up to 75% on Mobile Phones, LED TVs, Gaming Consoles, Home Appliances, Kitchen Appliances & Sports Goods. Meezan bank is facilitating the Yayvo customers by providing an additional discount of 10% on all products. 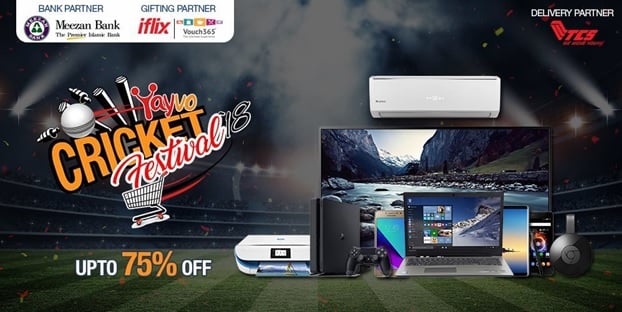 If you pay for the products through Easypaisa mobile account, you will get cash back of 10% on every product. Vouch 365 and iFlix have also come forward and collaborated with Yayvo.com to become gifting partners in the #YayvoCricketFestival18.

People who want to get their #TicketToCricket should visit Yayvo.com because it is the official online ticketing partner for PSL 3. It’s providing the opportunity to its customers to book the tickets for Eliminator 1 and Eliminator 2 rounds and get them delivered at home. The Eliminator rounds will take place in Lahore, Gaddafi Stadium on 20th and 21st March respectively. Book your tickets before they get sold out. 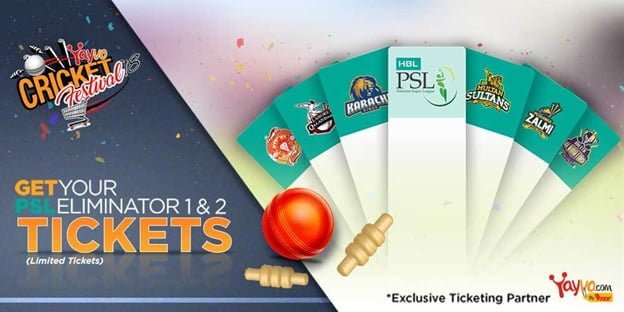 Cricket fans are over the moon because final match will take place in the City of Lights. The dates for final tickets will be announced soon. The prices of the final tickets are: 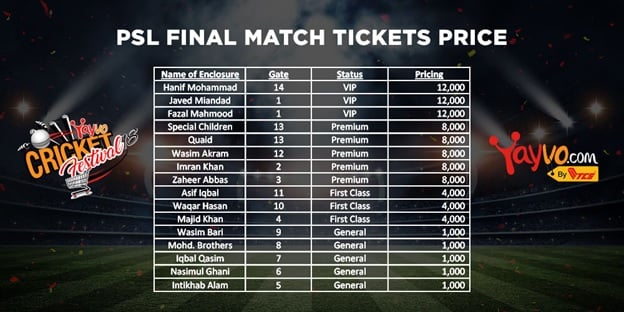 People who want to book the tickets for the Final Match of PSL 2018 can subscribe here for further updates.

Take Price Control in Your Hands with #WhatThePrice

This season, Yayvo.com is reaching unparalleled heights in facilitating its customers. They are introducing #WhatThePrice for avid Twitter users. All you have to do is retweet the tweet. Yayvo.com will reduce the price of the product based on the number of retweets. This social activity aims to give the price control in the hands of the customers. This competition will take place thrice during Yayvo Cricket Festival. Retweet now to reduce the price of Samsung LED TV in the first competition; names of following two products will be disclosed on Twitter later. 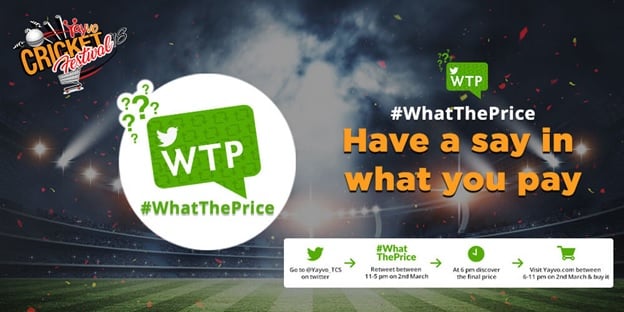 Like PSL 2017, this year Yayvo.com has restocked PSL Kits for the fans so that you can #WearYourTeam. Official jerseys, caps, bottles, mugs, and uppers are available on the website in the colors of Karachi Kings, Islamabad United, Peshawar Zalmi, Quetta Gladiators, and Multan Sultan. Yayvo.com is the official partner of Karachi Kings; you can get official merchandise of Karachi Kings from here. 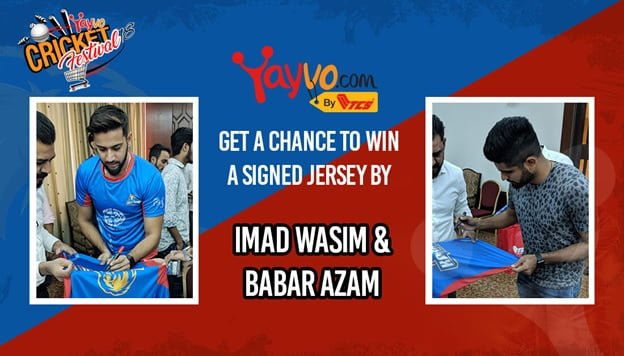 Cricket fans can follow the social media pages of Yayvo.com and participate in the competitions to win signed jerseys by Imad Waseem and Babar Azam as giveaways.

PTI Govt Might Not Be Able To Decrease Gas Prices

National Job portal to be launched by Govt For all skilled...

How to make Twitter profitable for Corporate Sector and Public in...