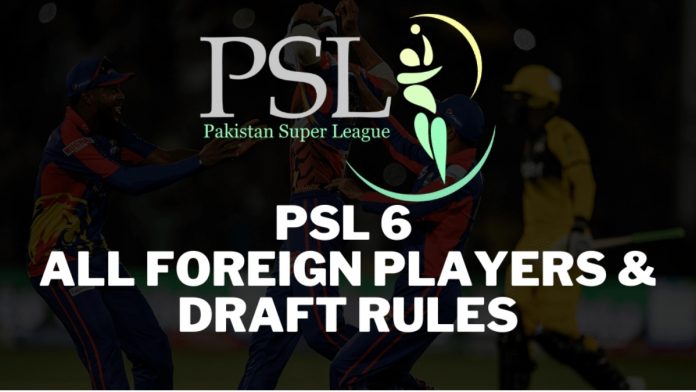 The PSL 6 season is all set to start in February of this year and the PCB has already announced the schedule for this years major event. PSL sides have already announced the players that they shall retain and now the time has come for the official PSL 6 draft. In regards, many Pakistani fans will be hoping that their side picks the top international players for this year’s edition.

Chris Gayle, a big name in the cricketing will be one of the major potential picks when the Pakistan Super League 2021 Player Draft officially starts. The draft is set to be held at the High-Performance Centre and will take place on today in the afternoon. The event will be held in two cities, which are Karachi and Lahore from 20 February to 22 March.

In addition, England’s No.1 ranked Dawid Malan will also be available in the Draft, along with his compatriots Moeen Ali, Tom Banton, and Chris Jordan, but their availability may be limited because of their international series during the same period.

Representing South Africa will be deadly batsman David Miller and one of the finest bowlers of the modern game, Morne Morkel who have entered the Draft for the first time ever and shall be hoping to be picked by one of the franchises so that they can also start their campaign in the Pakistani cricketing festival. Dale Steyn is the another leading South Africa cricketer who will be available in the draft.

The biggest foreign names in the PSL 2021 Player Draft are:

The story of Miandad to Naseem five Pakistan shooting heroes