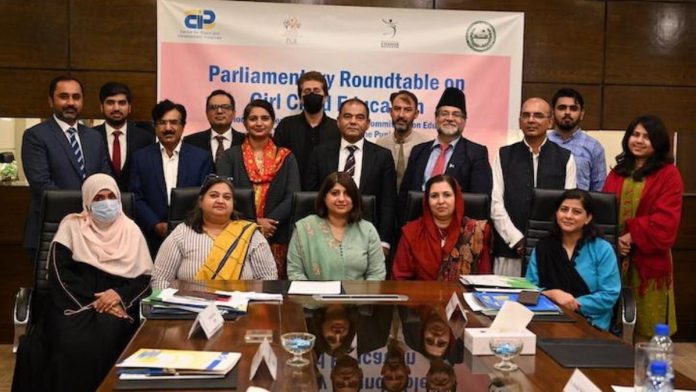 The constitutional amendment of Article 25-A, pledging free, quality and equitable education for every Pakistani child occurred in the year 2010. The Punjab Assembly passed the Free &Compulsory education Act in 2014. However, despite the lapse of seven years since the passage of this provincial law, it is yet to be notified. What then was the point of passing a law that the government did not intend to implement?” This question was raised by Mr. Mukhtar Ahmad Ali, Executive Director, Centre for Peace and Development Initiatives (CPDI) during a round table discussion in Islamabad with the members of the Standing Committee on School Education, Punjab.

Chairperson of the Provincial Standing Committee on School Education, Punjab Ms. Aisha Nawaz Chaudhary chaired the roundtable. Responding to Mr. Mukhtar Ahmed’s question she assured the civil society stakeholders that the standing committee was in constant coordination with the provincial education department and the law would soon be notified. “The notification of the Punjab Free & Compulsory Education Act is a top agenda item for this standing committee. We will soon begin its phased implementation, starting with the most vulnerable districts in Punjab.”

Public finance expert and author of the recent published white-paper “Public Invest in Education: An Appraisal of SDG 4 in Pakistan” Mr. Asim Bashir Khan while providing an overview of the findings and recommendations of the white-paper said “Both the federal and provincial governments understand the fact that the current state of public investment in education is not up to the required mark. This is evident from the majority of the sector plans as well as the Vision 2025 document which pledges to allocate 4% of the GDP to education. However, in actuality Pakistan has been unable to allocate more than 2.5% of its GDP in the last 20 years. The COVID crises have led to a further decline in public investment in education with merely 1.5% of GDP being allocated for education in the fiscal year 2020 – 21.”

PCE’s National Coordinator Ms. Zehra Arshad while talking about equitable access to education said “Although our international commitment according to SDG 4 is to attain 100% literacy,we still have 22.84 million out-of-school children of which 12.16 million are girls. This number is further expected to increase by at least 4.2% in the aftermath of the pandemic.” She further warned that with merely eight years remaining until the conclusion of the United Nations Agenda 2030, Pakistan was on the verge of missing its targets under SDG-4 (i.e., quality equitable education) by a huge margin.

Commenting on the institutional and cultural barriers limiting girls’ education in the post-pandemic context, PYCA’s Executive Director Areebah Shahid urged the parliamentarians to revisit the data of the beneficiaries of the EHSAAS Education Stipend Program, which is based on the lists of vulnerable households prepared almost a decade ago. “Thousands of households have fallen below the poverty line as a direct impact of the pandemic and it is imperative that the EHSAAS Education Stipend program also takes stocks of this new situation.” She also urged the members of the Punjab Assembly to adopt gender-responsive budgeting on the same lines as Khyber Pakhtunkhwa so that educational planning and spending could effectively prioritize girls’ access to quality education cross the province.

Mr. Muhammad Rashid Zaka, Director General Research at PIPS shed light on the key role of the parliamentary committees to hold line departments accountable. “The implementation of education across Punjab can be made manifold more effective by strengthening parliamentarians’ oversight in the implementation process.

MPA Shamim Aftab, while talking about the need to curtail learning losses pointed at the need for piloting small digital and hybrid learning initiatives to make the country’s education system resilient and better prepared in the face of emergency situations such as the current pandemic.

In her closing remarks MPA Aisha Nawaz Chaudhary said “The best way to move forward is to have greater engagement between legislators, education department officials and civil society activists so that the consequent policy direction is both participatory and inclusive.” She also expressed interest in holding similar round tables in vulnerable districts of Punjab to learn about the challenges in the education system directly from the district officials and community members. 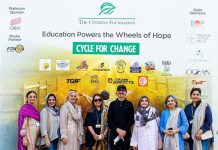 Education Powers the Wheels of Hope – Cycle for Change 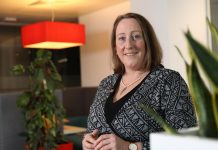 Why Should World University Rankings Matter?

Signs of stability in Pakistan’s economy, but growth to remain very...