After the federal budget of 2017-18, the provincial budget of Punjab 2017-18 is just around the corner, and the government is further persuaded to set a hefty tax once more on the use of internet and mobile broadband in the province.

The Finance Minister and Chairman are apparently strict on announcing the internet a taxable commodity in the future budget. Furthermore, the representatives are making all hard work to influence the province for not putting the tax because such a measure will terribly impact the utilization of internet in the largest province which also hosts the greater part of telecom consumers in the state.

The rising charge of the internet will straight affect the development of IT in the province and may create an unpleasant impact on the escalation trajectory.

Earlier, Ishaq Dar, the Federal finance minister in his budget conversation had hoped that provinces would reduce the tax on telecom services. On the other hand, the central government itself has set some biased taxes on the importation of mobile phone, and telecom companies are still fighting for an efficient tax arrangement in the country.

We are not confident that how much tax establishment might implement this time as a negotiation is going on at the moment. Though, the tax imposition on the internet is not anything new, in 2015, just prior to the budget, Punjab Revenue Authority (PRA) had enforced an excessive 19.5% tax which was later canceled after much hue and cry from the telecom industry, online and print media.

There is a similar tax on the internet in Sindh and KPK as well. Sources have pointed out that KPK government is taking into account to cancel e the tax in the forthcoming budget. 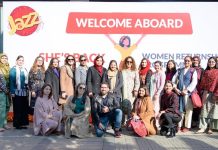 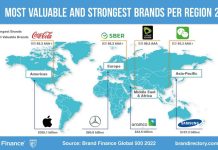 Bigger Celebrations, Bigger Offers! OPPO F19 and A54 dropped down to...