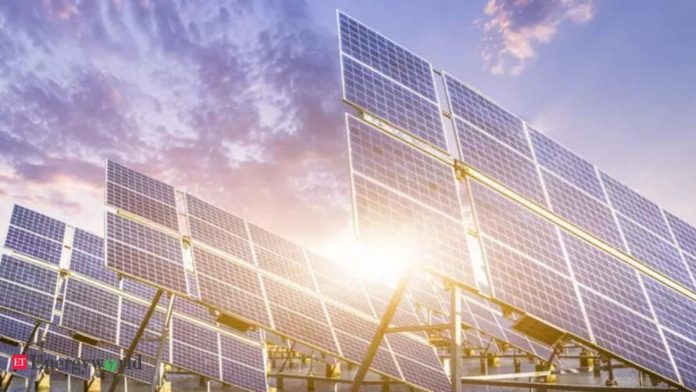 Gas-rich Qatar has on Tuesday unveiled the launch of two solar power projects which will double its energy production from renewable sources within two years.

Secretary of Energy Saad Sherida al-Kaabi welcomed this new move as a significant step in the effort to “increase the reliance on high-efficiency renewal energy” in the Gulf state that is among the biggest producer of natural gas liquefied.

The new plant located at Mesaieed as well as Ras Laffan will boost the solar power of Qatar to 1.67 gigawatts at 2024’s end, Qatar Energy said in an announcement.

Mesaieed as well as Ras Laffan are two of the major locations for Qatar’s natural gas production. It is expanding massively.

South Korean conglomerate Samsung will take the lead in the construction of the new solar plant, with an initial investment that exceeds $600 million, Samsung’s statement stated.

Although it is lagging in comparison to similar Gulf States in the race for solar power, Qatar has announced a goal of five gigawatts in solar power capacity by 2035.

The last month, the company connected its 800 megawatt Al-Kharsaah solar farm to the national grid of energy according to industry sources.

Al-Kharsaah is scheduled to be operational prior to the start on the World Cup football tournament on November 20.

Organisers have used the enormous solar power plant to the to the west of Doha to support assertions they believe Qatar is hosting the world’s first “net zero” World Cup where greenhouse gas emissions are offset with green energy resources.

Dust and desert sands of the 2 million photovoltaic cells of Al-Kharsaah are regularly cleaned by robots. Qatar Energy said the same technology will be employed at two farms that are being built.