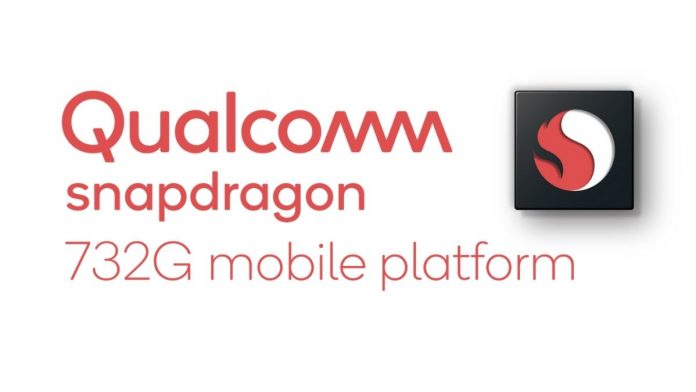 So with the age of 5G technology upon us more and more companies are looking to make 5G capable devices. However; many companies also believe that in offer to dominate the market they can’t just rely on providing 5G to only their flagships and hence, are looking to provide mid-range devices enabled with 5G as well. Seeing that in the chipset industry, more companies are also working on creating mid-range chipsets which are capable of handling the 5G technology.

Among many others, the latest chipset to be released by Qualcomm is the Snapdragon 732G chipset which is an upgraded version of the 730 and 730G. It should be noted that, this is the same chip which was leaked earlier and the company have now made it official. The two highlight features of the new SoC are improved CPU and GPU performance. The primary CPU core now brings you a higher clock speed of 2.3GHz while the Adreno 610 GPU also brings about a 15% improvement when compared to previous  730G. Other than the aforementioned improvements, the 732G is pretty much the same as the 730G.

Must Read : Qualcomm’s Snapdragon 4-series with the support of 5G to debut in Q1 next year

The chip is based on Samsung’s 8nm LPP process and packs in it  eight Kyro CPU cores, 2 of which are performance cores and 6 are efficiency cores. The microarchitecture on these cores is based on ARM’s Cortex A76 and A55. The new chipset also gives you Snapdragon’s elite gaming features which include notable features such as the; Qualcomm Game Jank Reducer, True HDR, anti-cheat extensions, and more. It also includes support for Qualcomm quick charge 4+, 4K HDR video capturing, 120Hz FHD+ displays and multiple cameras.

The US-based company has also confirmed that the new chipset will be made exclusively available for a upcoming Poco phone, the name of which is still unknown but since we know the Poco X2 features the Snapdragon 730G, we expect its successor to boast the Qualcomm Snapdragon 732G.