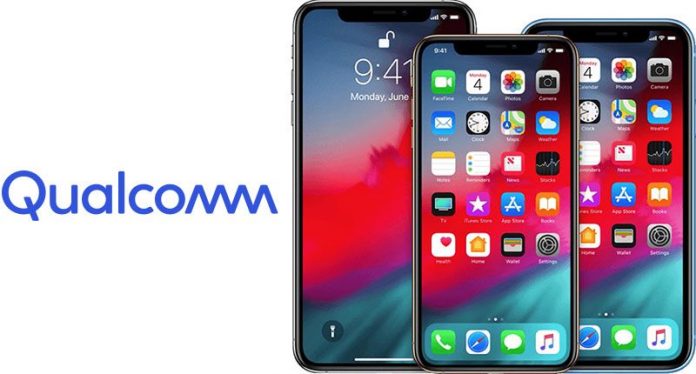 So Qualcomm recently  launched their flagship Snapdragon 865 SoC for Android smartphones earlier in the month, however the chipset manufacturers have also talked about the relationship they currently have with the top US smartphone manufacturer, Apple and their 5G iPhone. According to the source PCMag, Qualcomm President Cristiano Amon has stated on record that “Priority number one of this relationship with Apple is how to launch their phone as fast as we can. That’s the priority.”

Now this decision was apparently made to in order to confirm the fact that these smartphones are released in to the market on time and with that in mind a truce between the two companies came after Apple had already started development on it next iPhone. Amon further explained that Apple and Qualcomm are currently working to get as much done as possible and that too as quickly as they possibly can.

Amon said that “We have a multi-year agreement with Apple. It’s not one, it’s not two, it’s multi-year for our Snapdragon modem. We’re setting no expectations on front end, especially because we engaged it very late”

“We re-engaged probably later than both of us would like, and I think we’ve been working together to try to get as much as possible done, and take as much possible advantage of what they’ve done before so that we can actually launch a phone on schedule with 5G,” added Amon

This could be a hint towards that it wants to ensure that Apple has a 5G iPhone ready for its next generation of devices. Since it’s the usual time of year for an iPhone launch, that means it’ll probably be in September 2020. While it’s been a big drive for Qualcomm, and while it seems the development was begun pretty late in the day – considering we’re less than a year away from launch – Amon doesn’t appear concerned. He stated “we’re very happy with the progress we’re making, and I expect that they’re going to have a great device”.
Qualcomm iPhone with 5G might be coming out soon….

Xiaomi will be making a smartphone related announcement tomorrow

How are the smartphones affecting teenagers?