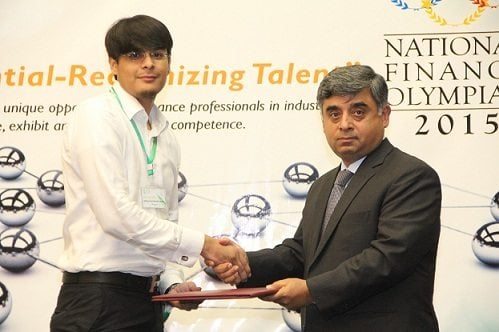 Qualifying Round of the National Finance Olympiad 2015 by ICAP held

The Qualifying Round of the National Finance Olympiad 2015 was simultaneously held at Karachi and Lahore offices of the Institute of Chartered Accountants of Pakistan (ICAP).

The National Finance Olympiad is a unique initiative by the Institute of Chartered Accountants of Pakistan in collaboration with Unilever Pakistan. The competition provides a distinctive platform to finance professionals working in the industry to come together, compete and celebrate their competence. A total of 28 teams from leading organizations from all across Pakistan participated in the competition. Each team comprised of three members, with team leader being a member of ICAP.

The day kicked off with a computer based qualifying round of all the participating teams followed by lunch during which the results were evaluated. An elegant ceremony which the top six qualifying teams were announced and certificates of participation were distributed to all the teams.

Yacoob Sutter, President ICAP appreciated all participating companies for their support for the Olympiad and congratulated the Qualifying teams. He talked about the exceptional contribution that ICAP is making in global International Federation of Accountants (IFAC) PAIB Committee and the recognition that ICAP has got with Pakistan holding the Deputy Chair position of the global committee. He thanked all members in the industry for their unwavering support in all initiatives of the Institute.

The Chairman Professional Accountants In Business (PAIB) Committee, ICAP Khalilullah Shaikh welcomed all participants in his opening remarks and explained the initiative and its importance. He commented that ICAP members are known for their quality work, competence, drive for professional excellence and ethics, both nationally and internationally.  ICAP takes the professional development of its members seriously and it is in this context that this Olympiad has been organized to engage industry professionals in a unique way for their professional development. He further elaborated that the event is not only aimed at testing the skill set of finance professionals but also aimed at bringing to limelight the finance talent of the country, building knowledge sharing culture and celebrating teamwork.  He appreciated the support of technical partners M/s A.F. Ferguson & Co. and Deloitte Yousuf Adil and acknowledged the dedication and hard work of organizing committee members.

The Chief Financial Officer of Unilever Pakistan, Ali Tariq shared that he was glad to be a part of a competition that facilitates social networking and recognize finance talent in Pakistan. He thanked ICAP as well as the PAIB committee for planning and successfully transforming the idea into reality. 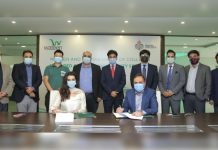 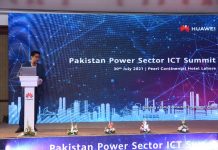 Telecom Sector Climbs To The Top Of FDI List