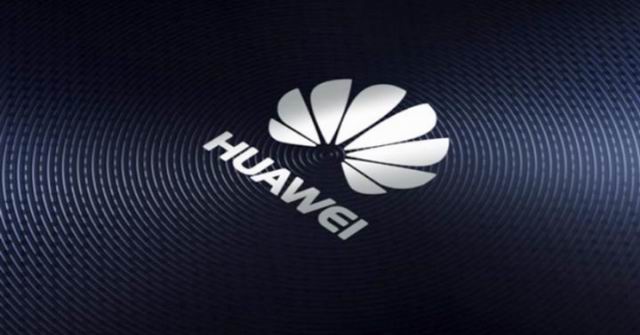 What does Quality Really Mean to HUAWEI? Quality – Not Just Standards, But Principles of the Products. What Lies Behind HUAWEI’s Brutal Culture of Quality First?

Even in the eyes of the most zealous Apple fans, iPhones are never perfect. After the iPhone 6 was launched, many users complained that their hair got “jammed in the phone”, something the designers could never have imagined during their development phase. “Hair jamming” may be a frivolous issue for a smartphone in many standards, but it is details like this that would impact user experience.

The cause for “hair jamming” of some iPhones was the wide seam between the screen and the case front. The feedbacks online aroused the attention of HUAWEI’s engineers and added this element into their smartphone technology standards. The engineers worked to reduce the seam from 0.15mm to 0.1mm, and that 0.05mm, hardly noticeable by the human eyes, actually solves a major potential issue for better user experience.

Every brand has its own distinctive signature, which reflects the users’ first impressions of that brand, and also the priority of that brand. For example, SONY has its signature beautiful design, Apple has its software eco-system, SAMSUNG is known for being fashionable, and HUAWEI’s signature is its quality. This can be attributed to HUAWEI’s distinctive quality culture.

Inside HUAWEI, quality is the top priority and the bottom line that governs everything. Quality comes before cost and profit, a concept well acknowledged by everyone at HUAWEI. HUAWEI holds an internal Quality Conference every year, and this year, Yu Chengdong (Richard), CEO of HUAWEI’s Consumer Business Group, highlighted that “Quality is the key for HUAWEI’s long-term success”. This shows that HUAWEI indeed takes quality into its long-term vision.

HUAWEI is known for its stringent quality principles. One of the stories told by many is that a truck loaded with HUAWEI smartphones had an accident on the way and its tires caught fire. The 12,845 units of smartphones inside were impacted by the heat. Those goods were valued at RMB 20 million yuan. After the accident, the engineers ran strict evaluation tests on the affected phones and the result was that those phones did not indicate any abnormalities, but it could not be guaranteed that they wouldn’t have any problem after one year of use. The executive team had several rounds of discussion before making the decision that those affected smartphones should all be written off, in order to prevent any product with potential quality risk going to a customer. This story was confirmed by HUAWEI insiders and it is definitely not a single case. Since quality enjoys the top priority, there are many cases of products sent back for rework because of a tiny quality issue.

A case in point is that 100% of the products off the production line will go through the burn-in test, which is a power-on test for 12 hours consecutively, playing videos and music, taking photos, testing the vibration and turning the phones on and off, in order to prevent any defective product from going out of the factory. Another example is that one batch of the ROHM-supplied ambient light sensor (ALS) was found that there could be a 0.1% failure rate after 1 year of use. If the ALS fails, the phone can still perform almost all functions. But HUAWEI decided to send those devices for rework and replaced that sensor at a huge cost, upholding the quality principle.

HUAWEI’s quality culture has a deep influence on its employees, all the way to the engineers and customer service specialists who work at the forefront to communicate with the customers. With the quality principle deeply in their heart, they always take consumers’ benefits as their responsibility.

One of our customers found out that their set-top box would reboot itself although with a low probability. Our R&D engineers visited his home for several times, bringing multiple devices to run analysis and tests. They finally discovered that the reason was the HDMI interface of his TV, which was not a standard one. HUAWEI engineers adapted the HUAWEI box for the user and solved this problem, in order to improve the user experience.

The WIFI connectivity of large apartments and multi-storey houses has always been a challenge in the industry. One of our customers live in a three-story house and each story is over 150 m2. When deploying routers, there were always problems such as dead spots and disconnection when people are moving around the house. HUAWEI sent engineers on site and implemented our HiLink solution with multiple routers so that they could enjoy consistent WIFI connection in that house with no dead spot.

Many companies think of quality as standards, but behind HUAWEI’s rigorous quality standards lies its principle of putting consumers at the centre. As Richard Yu stressed at the Quality Conference, “our business is centred around the consumers. Without quality, everything will be pointless”.

Oppo patents its very own take on Galaxy Z Flip

Telenor Velocity invites start-ups that use technology as an enabler for...