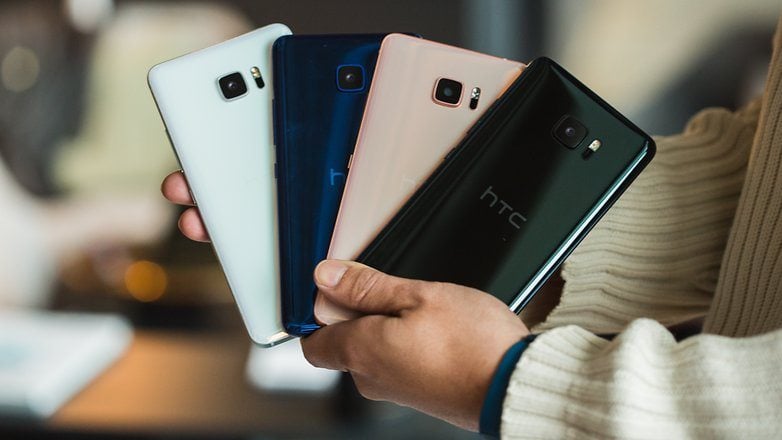 Huge phone screens are becoming the trend, and HTC wants to try its hand at making a phone that’s larger than its traditional flagship that’s how we’ve got the U Ultra. March 2013 doesn’t seem like a long time ago. That’s when the first HTC One launched, with its classy metal body and huge (for the time) 4.7-inch screen. Every year since then, we’ve had a new model with upgraded features but the same general idea The HTC U Ultra sets off on a new path of design but stays on the familiar footing of high-resolution camera and audio. A Dual Display makes a surprise appearance as the stalwart headphone jack is left behind.

The main screen is a 5.7″ Super LCD5 panel covered in Gorilla Glass 5 or, for the fancier 128GB model, Sapphire crystal glass. The U Ultra has two displays: that beautiful 5.7-inch Quad HD screen and a second 2-inch strip that sits at the top right edge of the phone. This secondary screen can be used to display notifications and control music playback, view the weather, change a setting, or quickly jump into a favorite app or contact but that’s it. There could have been more customization.

HTC U Ultra is available in black, white, blue and pink, although that last version is called Cosmetic Pink in the marketing materials. HTC must know that women don’t need to be told which phone is designed for them. We know pink phones sell well. The U Ultra is meant for buyers who don’t have any budget limitations and don’t care about detailed specifications. It does score well for its design, display, and camera, but subjectively, you get these features with other phones as well. If you do care about getting the most bang for your buck, our best advice is to wait at least a month or go with one of the more established options.

JABONG EARNED BY FLIPKART FOR $70 MILLION; TO ORGANIZE INDIA’S BRIMMING...

Whatsapp brings out the most awaited features