Realme, the emerging smartphone brand in Pakistan, has recently launched Realme 3, the most powerful phone in budget segment. The devicepowered by AI master MediaTeKHelio P60 processor comes with a long-lasting 4230 mAh battery with 3D Unibody Design and Gradient Colours. Hot on the heels of their recent launch the youth oriented brand will be opening sales for the Dynamic Black and Radiant Blue variants of this super stylish device on Daraz as well as offline today 20th April 2019 at 8:00 PM. The smartphone will be also available at all the offline stores throughout the nation soon.

Must Read: New leaks show that the Redmi Y3 will pack a large 4000mAh battery

Realme 3 is equipped with an upgraded 13MP + 2MP dual rear camera with Nightscape and Chroma Boost mode, which are the first in this category. This smartphone comes in two variants, 3GB RAM + 32GB ROM and 4GB RAM + 64GB ROM with 6.2-inch dewdrop full screen and triple SIM slots expandable up to 256GB. The device comes with two exquisite colours – Radiant Blue and Dynamic Black. 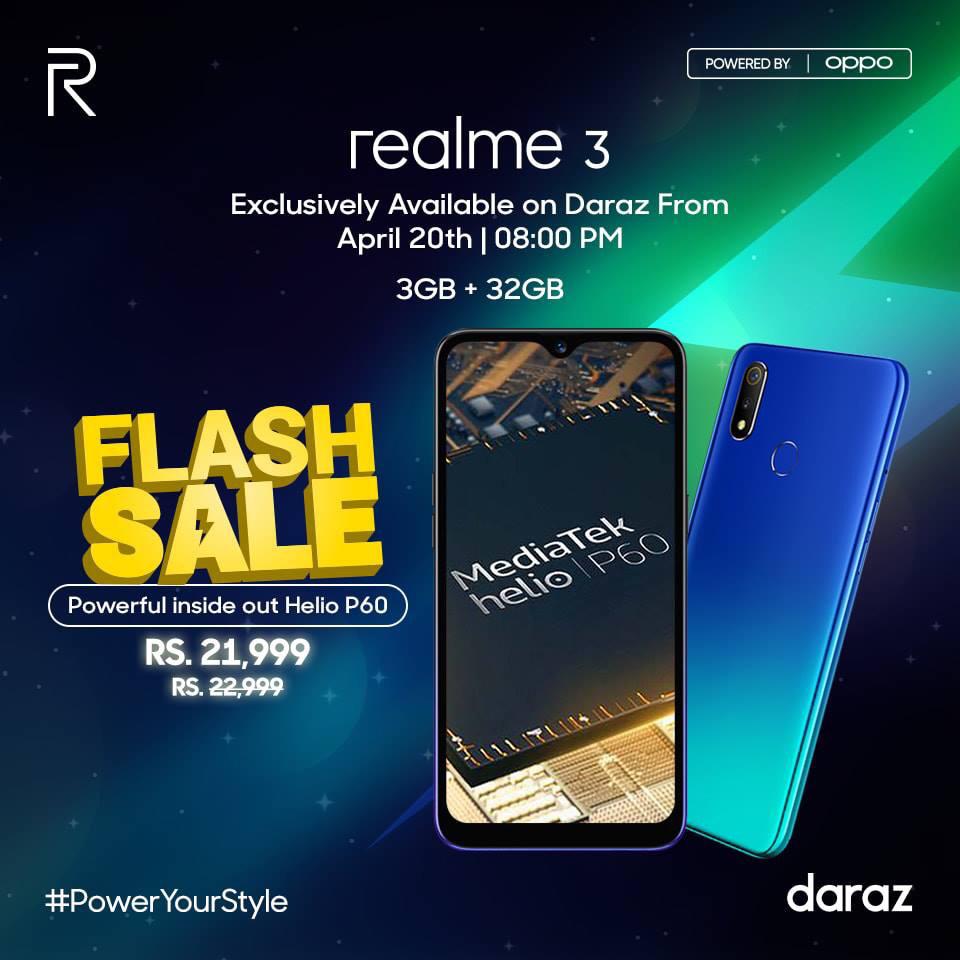 All eyes are on realme during this first sale because the brand managed to break the daraz sales record three months ago during the first sale of their earlier models realme C1 and realme 2 Pro by selling the fastest 1000 units of any mobile brand in Pakistan. During the first sale of C1 on 9th January 1000 units were sold in a mere 24 minutes which was followed by 4000 units in just 23 minutes during the second sale on 23rd January. A similar pattern was seen for the 2 Pro with 100 units flying off the virtual shelf in just 55 seconds on 10th January and 400 units in less than 58 seconds on 24th January during second sale. The brand’s international claim to fame has come from this very online centric policy because they have traditionally only sold their products in the online market. For Pakistan, the brand has taken user feedback in to account and placed the superior 4GB RAM + 64GB ROM variant in the offline market to cater to customer demand.