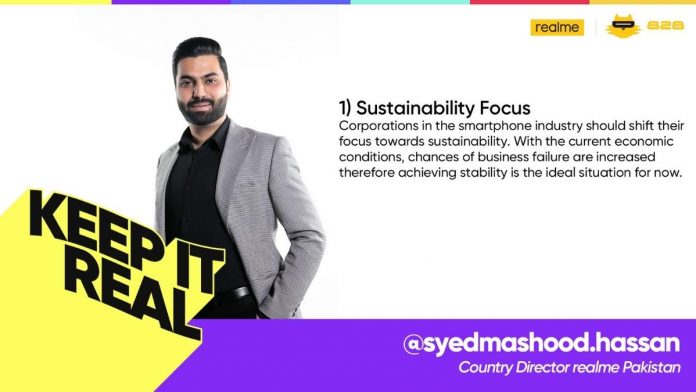 After a long and arduous wait, the Government of Pakistan recently announced that LCs, which had previously only been open for essential goods, are now open for all goods including non-essential and luxury items. The final decision to lift the import ban entirely was made in accordance with the final requirements imposed by the International Monetary Fund (IMF) on the Country. The past few months have been plagued with high levels of uncertainty and panic in the market as smartphone companies struggled to adapt to the restrictive situation. The industry has seen quite a shake up as a result.

Consumers in the smartphone industry are having to shift from the premium to mid-segment due to a decrease in buying power caused by the dollar deficit, rampant taxation, and inflation. Market share in the industry has also become more widely spread across the different players in the industry as consumers have started to jump ship between brands seeking better value propositions. The import ban has also led to the shutdown of smartphone and automobile assembly plants across the country, which sent ripples of unease across these industries. 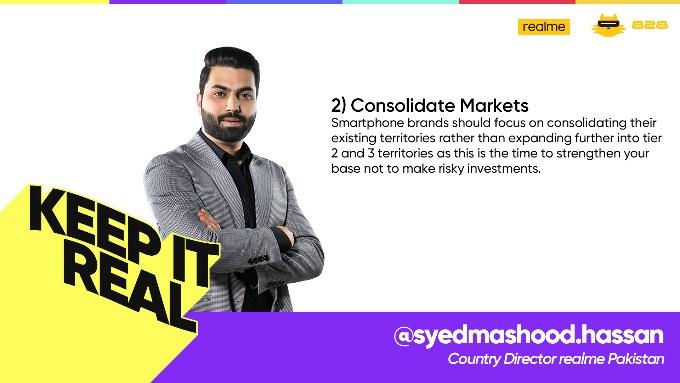 When speaking with Syed Mashood Hassan, Country Director, realme Pakistan on the situation, he went into details regarding the perseverance of the realme team and the strategies one should adopt in turbulent times like these. realme is a Chinese smartphone brand that caters mostly to the interests of the Pakistani youth segment.

Their “Dare to Leap” philosophy is reflective of youthful values such as being adventurous, taking risks, and bold, trend-setting behavior. As a result of the current political and economic conditions, realme has put its focus on sustainability in the short-term. The tech-democratizer isn’t short-sighted however. In the long term, it aims to get a larger share of the mid-range category through realme’s stellar number and C series. During our discussion, Syed Mashood Hassan had some recommendations for his peers in the smartphone industry for weathering the turbulent phase the industry is in. 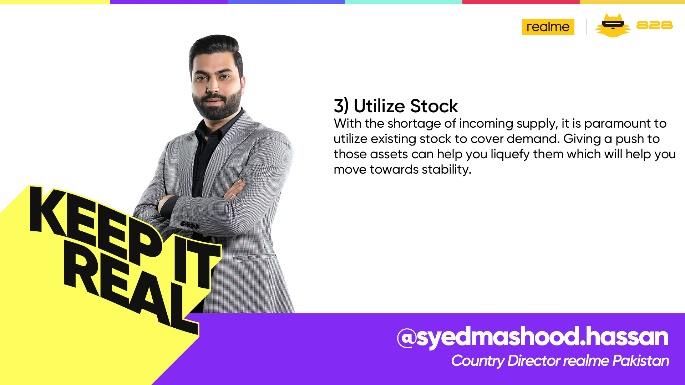 His first recommendation was to shift towards a sustainability mindset. In the past few months, many local startups failed and some global companies withdrew or reduced their operations in Pakistan. With this in mind, focusing on sustainability is of utmost importance to eventually reach stability. Secondly, he advised his peers to focus on consolidating their existing key territories instead of expanding further into tier 3 and 4 cities. Expansion at this time is a highly risky move as it involves high levels of investment with uncertain returns.

His third recommendation focused on utilizing existing stock to cover demand. This would be the perfect opportunity to give an extra push to existing stock lying around and liquefy those assets. His final recommendation had to do with the retention of key employees. In difficult times companies tend to let go of whatever team members they can in order to make their operations more efficient. realme greatly values its employees as it believes they are the cornerstone to its success. Human resources are extremely valuable and if let go prematurely can take their talents to a corporation that values them more. 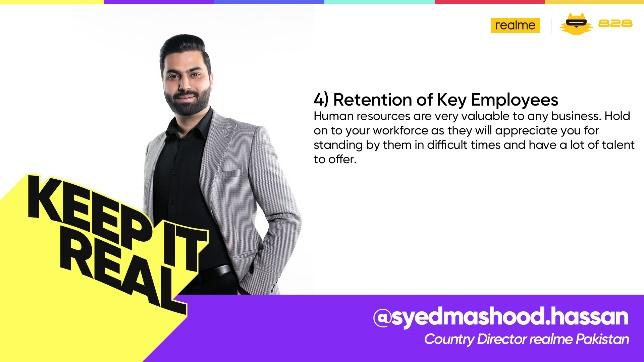 Hopeful times are just around the corner as the situation in the smartphone industry will begin to change now that the Government has lifted restrictions around imports. This is the time for players in the industry to strengthen their bases so that they can quickly prosper when conditions in the country start to improve.

Some new revelations about the iPhone XR

Qualcomm have announced the QCS400 chipsetseries for the range of smart...