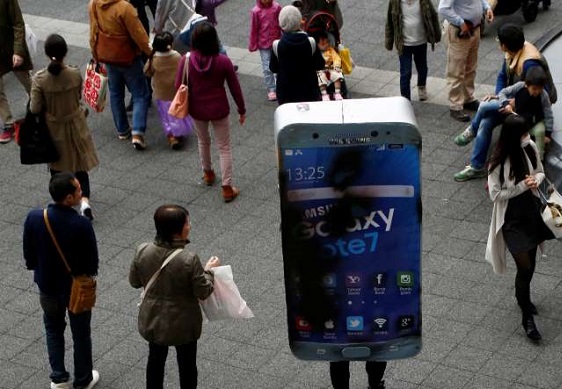 We all go through the battery problems as it’s a common issue with devices such as smartphones and laptops. However, with the passage of time battery damage risks increasingly appeared as an important matter last year when numerous incidents of the batteries blast of Samsung Galaxy Note 7 smartphone were reported.

The reason behind these explosions was liable for the defective batteries getting out to open to ambient air.

To your information, high-energy lithium-ion batteries are usually delicate and easily broken. If the chemical composition of these batteries gets affected by the electric charge fleeting through them, it can source a chemical reaction resulting in a blast.

What is the reason behind batteries explodes?

The latest technique called “cryo-electron microscopy “is used by a team of researchers to observe what happens within batteries during this procedure.

The scientists, working on battery development, blame the growth of dendrites for battery explosions. But what are dendrites? They are microscopic crystalline structures that form due to chemical reactions that occur when an excess electric charge passes through a lithium-ion battery.

The researchers’ team presented its findings in a paper titled; “Atomic structure of sensitive battery materials and interfaces revealed by cryo-electron microscopy” published Friday in the Science Journal, offered the first atomic-scale remarks of dendrites.

The research explains how dendrites can smash through the walls in different segments of a battery, which eventually results in a short circuit. According to results, dendrites are actually six-sided crystals and not the rough-shaped crystals as earlier observed using electron microscopes.

Researchers did an experiment to freeze high-density batteries at different points in their discharge cycles and then detached various components to see the outcome. By the use of the high-intensity microscope, they were capable to inspect how the battery acted in response at an atomic level.

Professor and research leader Yi Cui said in a statement. “With cryo-EM, you can look at a material that’s fragile and chemically unstable and you can preserve its pristine state — what it looks likes in a real battery ­— and look at it for high resolution. This includes all kinds of battery materials. The lithium metal we studied here is just one example, but it’s an exciting and very challenging one”

These findings of the research could be really helpful for manufacturers to design the safer batteries in the future.

After getting the idea about how and why dendrites form, manufacturers can actually work on evading their pattern for making devices safer. Apart from smartphones and laptops, lithium-ion batteries are also being used in electric cars such as Tesla Model 3 and Nissan Leaf, so we need to create safer batteries.

Samsung is working on new battery concepts such as solid-state batteries, with a minor chance of active dendrite formation due to their solid state, which could setback chemical reactions within the battery.

Even some scientists are working on gadget prototypes which might not be reliant on batteries. Well, it will be a cool thing.

On the other hand, seeing as such solutions are still far away from commercial application, while scientists search more, we are looking forward to safer batteries in upcoming times.

Redmi Note 10 Pro to launch as the cheapest phone with...