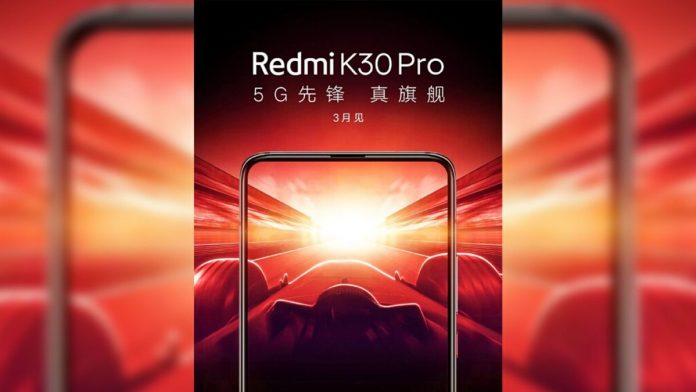 In one of its recent activities, Xiaomi’s Redmi brand launched the Redmi K30 smartphone in that of its home market. Now though, the pro version for the device is now next in line – a device which will be called as the Redmi K30 Pro. Indeed after finally getting its certification, the device has also been subject to confirmation by the company’s executives.

With respect to the latest developments surrounding the phone, Lu Weibing, the VP of Xiaomi Global, President of Xiaomi China and the General Manager of the Redmi brand has also proceeded on to confirm the upcoming Redmi flagship. He has also claimed that the phone “has meticulous workmanship in addition to its powerful performance and configuration!”

There was also a poll which was conducted by Lu Wei Chan on Weibo in which he asked users as to what type of front-facing camera mechanism they would like to see integrated within the Redmi K30 Pro smartphone. The majority of the people that voted did so for the pop-up selfie camera option.

Most notably, the latest leaked press renders of the Redmi K30 Pro show that the device will indeed be featuring with a pop-up front facing selfie camera mechanism – a much similar concept to the one followed by its predecessor in the Redmi K20 Pro.

Recently, two Xiaomi smartphones with model numbers M2001J11E and M2001J11E passed through the 3C certification process – these believed as being the Redmi K30 Pro models. The device is said to feature with a 4700mAh battery and will also feature with the support of 33W fast charging technology.