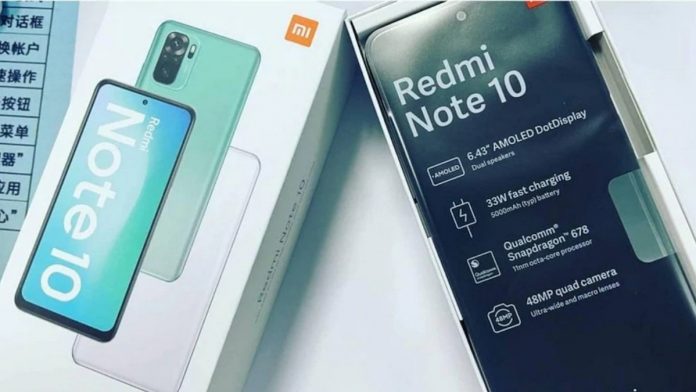 Chinese smartphone company recently announced their 2021 Note series. Redmi fans will know that the Note series from Redmi is a fan favorite and this can be attributed to an aggressive pricing strategy that the company has invoked coupled along with some very attractive features, which makes the Redmi Note series a very attractive package and overall an the phones in the series are simply amazing. The Redmi Note 10 series has kept a lot of fans on the edge of their seats as they can not wait to get their hands on the flagship device.

Well those fans have do not have to wait too long now because the Chinese company is gearing up for its launch which will take place tomorrow. The Redmi has opted to launch the Note 10 series in the Indian market, because a lot of their consumers lie in this very market. Now even though there is only day left to the launch, fans can not stop speculating about the features that will come inside the smartphone.

One speculation which will finally be put to rest was that, the smartphone will pack an AMOLED display. Well Xiaomi fans can rejoice as, Xiaomi’s Global Vice President, Manu Kumar Jain has confirmed the news of the addition of an AMOLED display. The VP of the Chinese giant did not however, comment on whether all smartphones in the series will come with these displays or not, or whether it will be just for the premium variants in the series. Whatever the case may be, this will be the first time that Redmi has employed an AMOLED display in any of their smartphones.

As far as the series is concerned, the series will most likely consist of three handset variants; a vanilla model, a pro model, and a pro max model. In contrast, previous leaks and rumors have suggested that the vanilla Redmi Note 10 shall arrive with a 6.43-inch FHD+ panel, a 48MP primary camera, and the Snapdragon 678 chipset. The Pro model, on the other hand, is expected to pack a Snapdragon 750G, 6 GB or 8 GB RAM, 128 GB onboard storage and an immersive 6.67-inch AMOLED display.

Have a look at the “Cat S61” bigger screened rugged smartphone