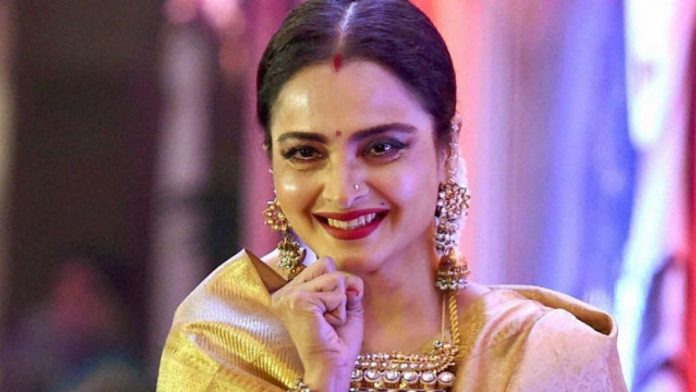 One of the biggest names in the Bollywood film industry have seen things toll for the worse, as yet another major star has more or less become victim to the Coronavirus. We are talking here about the veteran actress Rekha who has had her bungalow in the Bandstand area of the Bandra locality, sealed by Brihanmumbai Municipal Corporation (BMC) after it was found that one of her security guard tests positive for coronavirus.

The bungalow, namely Sea Springs has now been declared a containment zone and BMC have in turn sanitised the locality fully. It should be noted that the bungalow usually has two security guards fulfilling their duties and out of the two guards, one has tested positive for the coronavirus and as per in accordance to a timesofindia report on the news  website, it was mentioned that the infected member of Rekha’s staff is currently undergoing treatment at a facility located in the Bandra Kurla Complex.

Rekha is now the latest Bollywood sensation who has had one of her staff members infected by the virus, it should be noted that earlier the likes of Aamir Khan, Karan Johar, and Boney and Janhvi Kapoor, have reported that members of their staff have tested for positive for the Corona Virus. Another key note to add here is that, Two big names, Shahrukh Khan and John Abraham are neighbours of Rekha and live on the same street as her and judging by the current situation, let’s just hope things remain under control. Nonetheless an official statement from Rekha or her office is yet to be made by the party and we surely hope that these stars stay safe in that regard.

World Immunisation Week to start from 24th of April