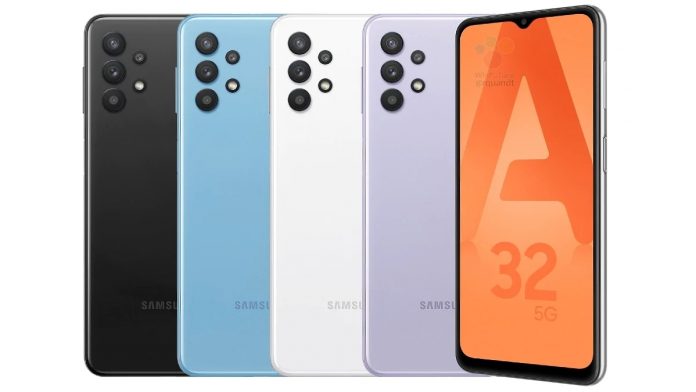 In early January of last year, Samsung took upon the decision to unveil the Samsung Galaxy A32 5G – as the phone made its way as the Korean manufacturer’s most affordable 5G handset to date. In accordance with what numerous reported suggest : the company is also looking towards the prospect of release a 4G based variant of the same phone in various other markets as well. And now, ahead of the launch, the color variants that this particular phone may make way with have also been tipped by a reliable leakster.

The upcoming Galaxy A32 5G has in fact been in the news for quite some time now. Ever since the 5G variant was subject to being official, we also almost know everything there is to low about the 4G version as well. Indeed the LTE version of the device is expected to make way with the exact same set of specs, however, this time around, there is likely to be a different SoC.

Must Read: Xiaomi patents smartphone design with a surround display

But, we were actually unaware of the color variants. But now, light has also been shed on this particular aspect courtesy of yet another popular leakster. As per the leakster, the Galaxy A32 4G will feature with four color options : black, blue, white and lavender. With this said, the only main things now in the dark with respect to the phone are its announcement date, the price tag and when it will be available.

In accordance with what previous reports suggested, the Galaxy A32 4G will feature with a 6.5-inch LCD display with a resolution of 720 x 1600 pixels (HD+) as well as a dewdrop notch which will invariably be placed at the top center. The phone is set to be powered by the MediaTek Helio G85 SoC and will come paired with six gigs of RAM and 128 gigs of internal storage. Of course, there could in fact be other storage configurations too.

Nokia is back in the headlines with the launch of their...