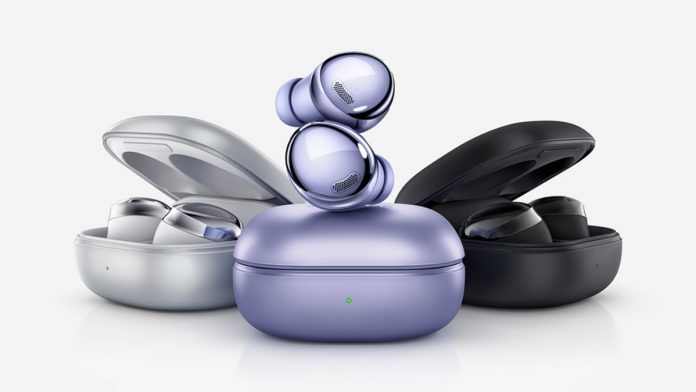 The Korean giant just released the all new Samsung Galaxy S21 series, there first flagship series of smartphone devices for this year. It wasn’t just the new smartphone series that the company launched though, but with it the company also launched its all-new Galaxy Buds Pro, another addition to this year’s product portfolio. The TWS earbuds are just one week old but they have already started receiving updates for a new version.

In the most new update, which has been dubbed by the company as the R190XXU0AUA1, is just 2.2 MB in size however, don’t let the small size fool you as the new update brings with it a host of amazing and tantalizing features which include  hearing enhancement features and sound balance adjustments.

As per the changelog, the update brings has brought with the following improvements to the table which should excite any fans who were thinking of buying the earbuds.

The first two improvements will allow any individuals who may suffer from hearing impairments to use the new earbuds as a supportive hearing aid which should help even the impaired enjoy good sound quality.

The earbuds have been priced at $199 earbuds but they are value for money, the earbuds created by the Korean giants come with an intelligent active noise cancellation feature which is able to detect the user’s voice and also switches from Active Noise Cancellation to ambient sound during conversations.

The Samsung Galaxy Buds Pro also come packed with a Dolby Head Tracking with a 360-degree audio that, as per folks at Samsung, will allow users to experience the direction of the sound as they move their head when they watch an episode of a TV show or perhaps a movie, it will give you some sort of a cinematic experience and given the fact that these are at the end of the day, just earbuds, it’s a pretty nifty feature.

Other than that, the earbuds also come with decent features such as: Auto Switch, fast charging, Qi charging, 8 hours of battery life, and offline finding. Users interested in purchasing the new earbuds from Samsung should know that the said product is now available for purchase at all Samsung stores and will cost you about $199.

Xiaomi may launch a 100W fast charging capable phone by the...