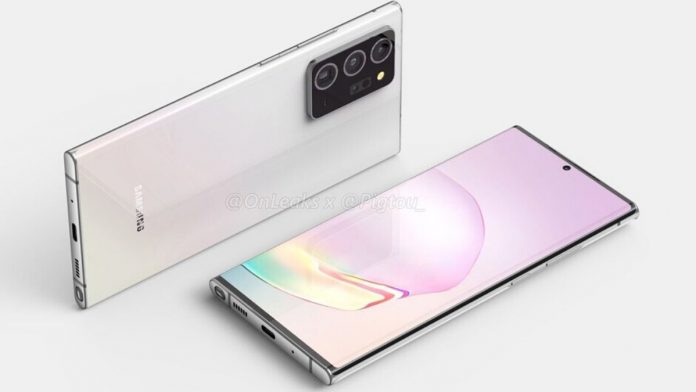 The Korean giants are gearing up for there next big launch and the Galaxy Note 20 series is set to make its debut in the market at Samsung’s next big event, predicted to be held somewhere in August. At the event, the next Galaxy Fold is also expected to be shown to the fans of Samsung and people can not wait for the date where they get to see a glimpse of these beauties. As per the details regarding the Note 20 lineup, so far we haven’t gotten enough, but a new leak from Ice Universe has hinted that the Galaxy Note 20 base model will have in it an underwhelming 60Hz refresh rate on top of a flat FHD+ display panel.

Must Read : Note 20 Ultra may feature with the Qualcomm Snapdragon 865 Plus

This new revelation can be connected to the previous statement made by Ross Young who is the current Founder/CEO of Display Supply Chain Consultant (DSCC). He has stated that the premium models in the series such as the Galaxy Note 20 Plus will have a higher refresh rate but Samsung have cut back on the base model which is a blow honestly, the base model should at least have the same display as the premium models. If this is in fact true then it will be very disappointing for fans and in addition; this will make Samsung look bad. Phones from other brands that cost less than half of what a Note Device costs sport 120Hz or 90Hz displays.

The next big unpacked event is still at least 2 months away and there is still no official statement from the Korean giants in regards with any announcement regarding the device. New details regarding the Samsung Galaxy Note 20 however; tell us that the Galaxy Fold 2 is expected to surface in the upcoming weeks such as design renders. Now if the Galaxy Note 20’s rumors are to be believed then we could see a big price difference between the premium and base models in the series. On top of things, if the base Note device costs above the $600 mark, justifying the lack of a high refresh rate display will be a tough job for Samsung

Sales ban in the UK avoidable only if Huawei pays up

What’s the big thing that Huawei is going to unveil via...