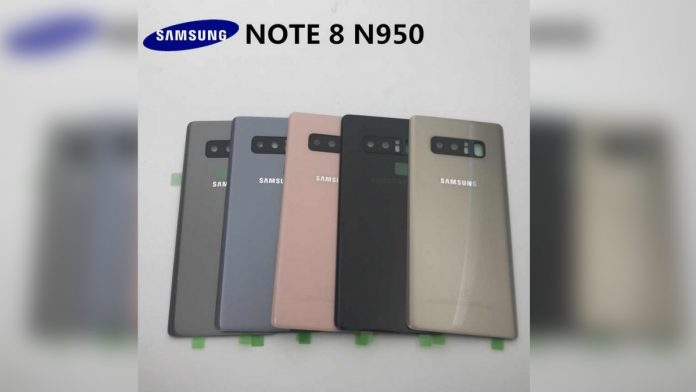 Samsung has now officially removed the Samsung Galaxy Note 8 – the device that made its debut four years ago, from its Android security updates page – going out to signal that it will no longer be on the receiving end of software updates.

The very last security patch with respect to the Galaxy Note 8 rolled out in August of this year this year. Less than a year prior to that, the Korean brand moved the Note 8 from monthly security patches to quarterly ones. It was also of course well known that it would remain on the quarterly updates list for just about a year, so this should not at all be surprising for anyone who closely follows Samsung’s update schedule. And if you happen to find yourself in a position of curiosity, the last major Android update that the device received was Android 9 Pie, which of course rolled all the way back in February of 2018.

The Galaxy Note 8 was launched back in 2017, which means that it ended up receiving software updates for about a year now. And looking at it subjectively – that’s as good as it get when it comes to the Android world. Even Google, which is very well known of course for its updates, only keeps its pixel phones updated for a paltry three years. And so while you might get software updates on your pixel device more quickly, the fact of the matter remains that Samsung will indeed keep your phone updated for a longer time.

The Samsung Galaxy Note 8 was indeed a very important device for Samsung all in all. It was the very first and major Note release after the horrors the company endured after the Galaxy Note 7 situation – with all the battery issues that the device had.

A Purple Edition of the Realme GT Neo 5 is teased ahead of its...

NetMag Staff - February 2, 2023
0
In a new statement, Realme has confirmed that its forthcoming GT Neo 5 smartphone will be launched on February 9 in China....