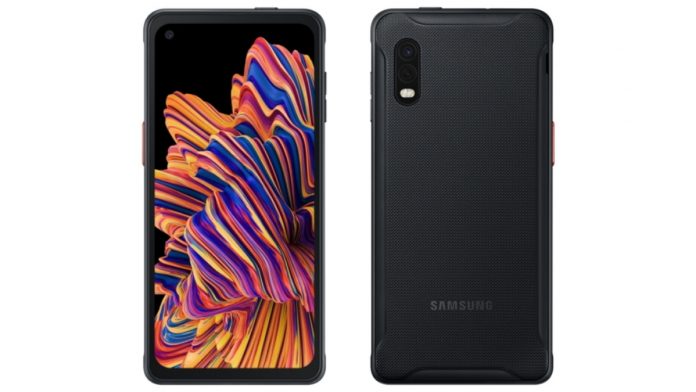 On 5th March 2021, leaks of  Samsung’s rugged Galaxy Xcover surfaced on the internet. Perhaps noting that, the Korean tech giants have quietly unveiled the smartphone in the country of Belgium. The new phone has engineered to the requirements of military personnel and workers that field while in terms of the specifications, the phone fall in the entry-level category in the market.

As many would have expected, the smartphone comes with a shock-absorbent cover that which bounces back from a fall of 1.5m. The device also has an IP68 rating and is MIL-STD810H certified. This means the smartphone can spend over 30 minutes inside 1m of water and is completely sealed against dust, making it a very useful smartphone while in combat.

The phone comes packed with a 5.3-inch LCD which has a 720p+ resolution. The thing that distinguishes this phone from any other rugged phones launched by the company is the sleek design on this one. The phone measures to a 147.1 x 71.6 x 9.2 mm. In terms of processing, the device gains power from the Exynos 850 chipset which comes with 4 GB of RAM and 64 GB storage. The software is handled by One UI 2.0 flavored Android 11.

It is worth noting that Samsung has worked along with a number of different companies for various projects to integrate their smartphones in a wide variety of business scenarios. In contrast, the smartphone also has a push-to-talk function which will allow you to operate the phone as if you have a walkie talkie, which can be used through a Microsoft Teams application. In addition, the Xcover Key can be customized to launch any app you may want to add inside your device. The phone also carriers support for NFC that can help you us the phone as a transportation card to help workers commute to work. Depending on the region, the phone will be available in both single and dual sim variants.

On the camera front, the phone has a 16 MP single sensor setup on the rear and a 5 MP selfie camera on the front. The phone also has the Samsung Knox Capture feature which turns the rear camera into an enterprise-grade barcode scanner. The selfie camera also has a facial recognition feature which is a nifty feature considering the field of operation. The Samsung Galaxy Xcover packs a user-replaceable 3000 mAh battery. It can be charged through the USB-C port at 15W or using a cradle that connects to the two pogo pins.

Nokia 3 Review – The phone with ultra performance and beauty...

INFINIX S3 CATCHES THE EYES OF MARKET TO BECOME THE HOT...