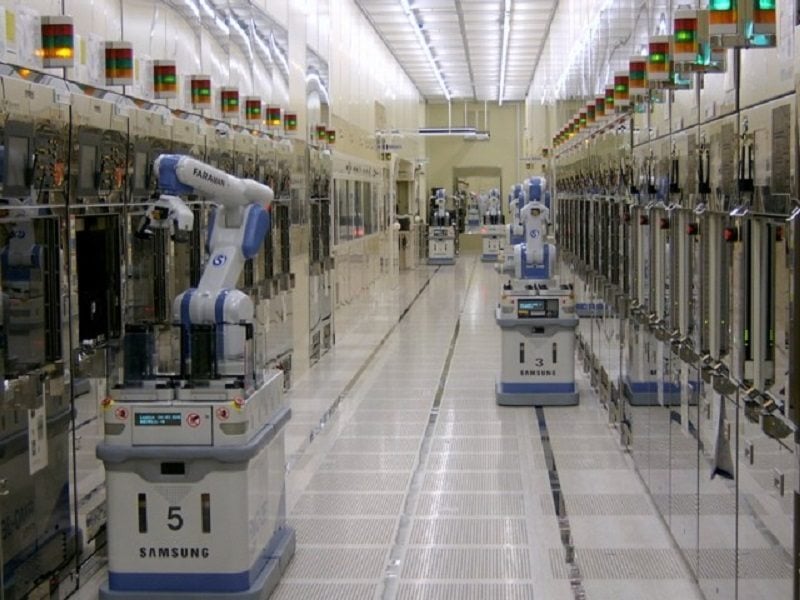 After the “fire phone” aka Samsung note 7 left a bruise over company’s reputation and credibility, it was expected that the financial status will also suffer a loss as the sales witnessed a huge decline. But surprisingly, Samsung has reported its operating profit to be the best in the last three years. The credit goes to the significant growth of its semiconductor business putting it high in the last couple of years.   That’s mostly thanks to its semiconductor business design, which has grown substantially over the past two years.

The revenue for the fiscal year 2016 was recorded $51.16 trillion by Samsung which comes out to be an amount of $43.86 billion dollars. Samsung’s 14 nm products ought to have the strongest design as reflected from the uphill revenue which brought about a 28% gain over FY2014 when the company booked just $34 billion in yearly semiconductor revenue. It also depicts the increasing demand for the company’s DRAM and 3D NAND, referred as V-NAND by Samsung. Now, what company requires is to reduce the inclination of demands towards 10nm process and makes the sale of its semiconductor products stable.  An affirmation has been given by the Samsung who has reported the launch of Snapdragon 835, counterclaiming the rival manufacturer’s access to the chip by launching the chip under its own banner.

The operating profit gained by Samsung is the key factor in its development, which make it different from the rest. 25% of Samsung’s revenue is generated by the Semiconductor operations but even this consist a huge portion say 46.5% of Samsung’s operating profit. That’s courtesy of higher profit margins and lucrative contracts with companies like Qualcomm and Apple. AMD and Nvidia are the two companies with which Samsung has made deals, neither of those companies moves nearly as much hardware as mobile SoC manufacturers — which is why TSMC and Samsung have been competing to install new process nodes. Two of the business setups are putting up hard efforts to excel in the next generation nodes as it will have a direct and prosperous effect on the revenue generation over that node’s lifetime.Competing for the limited customer pool, Samsung and TSMC are trying to convince a small group of companies willing to invest a gigantic amount of finance in nodes that yield frequently lesser advances.

It should always be considered that there are no specs for the same processing nodes; you can say that when Intel, TSMC, and Samsung design is referring to a 10nm node, they are not setting a specific parameter for that. Rather they are referring to different standards and metrics for evaluating that progress. A mentioned set of tech and step ups can define a Node without any peculiar feature.

Ripple to invest in startups able to put its XRP cryptocurrency...