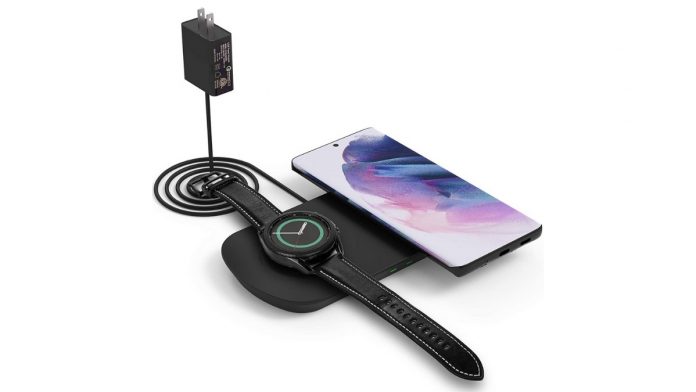 Korean manufacturer Samsung is reportedly in the process of working on a new multi-device wireless charger. This new device is rather similar to the Airpower from Apple – which of course has now been discontinued, this info coming in as per a new leak.

In accordance with a tip coming in from a tipster courtesy of the leak the new multi-device charger coming in from the South Korean tech giant will feature as slightly thinner than the previously launched Wireless Trio. The leak goes on to claim that Samsung managed to make the wireless charger slimmer courtesy of the size of the copper coils – which are said to be very small. Moreover, these copper coils will also arrive with multiple layers of copper heat sync, graphite, and also thermal paste sandwich too for the sake of heat dissipation.

Also Read: Samsung to bring back the Note?

As per the reports, the cooling mechanism will further be boosted by five to six small fans found in the wireless charger. This multi-device charger will have the capabilities to output a maximum charge of 25W. Just recently, in fact, Chinese brand Xiaomi had actually launched the new Mi Multi-coil Fast Wireless Charging pad in China – which is of course capable of charging three devices at 20W each – all at the same time.

And so all in all, the upcoming 25W wireless charger from Samsung could indeed end up as being a great offering in the market. However, for now, do consider the fact all this is based upon an unconfirmed report – and so take all this with a pinch of salt and stay tuned for more! More updates are of course likely to come in soon because if Samsung is indeed in the process of making such a device, then the speculation won’t be coming to a halt anytime soon.