Samsung being the massive mobile manufacturer that it is, is also the largest memory chips manufacturer in the world. Now, Samsung plans on to invest a significant amount of money in memory chips, in order to retain this spot of being on the top. Most notably, Samsung is likely to invest $18.6 Billion in its home country, so the manufacturing of memory chips is boosted to an even higher extent. However, it is also important to note that all this $18.6 Billion will not be just used for the boost in the production of memory chips, but will also be used for the production of its next-generation OLED displays for smartphones.

Samsung is likely to invest 12.2 Billion dollars into its new NAND factory located in Pyeongtaek, South Korea. This amounts to 14.4 trillion won and is likely to create almost half a million jobs, by 2021. The demand for memory chips recently has been rising, hence this investment by Samsung does indeed make sense. With regards to this high demand, the supply does not seem to be up to the mark, and hence due to such shortages, the price of memory chips has been rising significantly.

But it is also true that according to some analysts, the additional production capacity across the industry of memory chips might perhaps result in an oversupply by 2018, but due to the extremely strong demand, the prices are not at all likely to fall down.

As stated previously, not all the investment will go into memory chips, as Samsung Display will also invest big, around $870 million, in a new OLED complex in South Korea, for its next generation smartphone displays. Samsung display already is very reputable, as it has a market share in excess of 90 percent when it comes to OLED smartphone displays. However, with other companies like LG also investing in displays, this investment by Samsung only further proves that it always wants to stay ahead of the competition.

PTDC announces partnership with Bookme.pk for its Tourism E-portal as part of ‘Brand Pakistan Programme’ 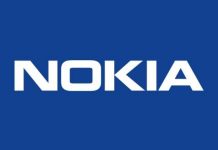