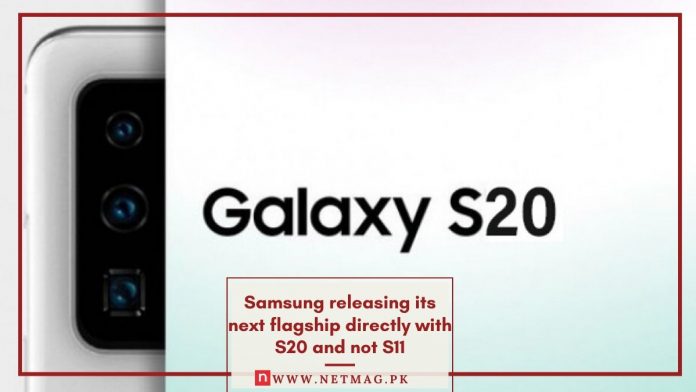 The latest model that has been released up until now is the Samsung galaxy S10. With that a more affordable version was also released with the affordable variant carrying an ‘e’ moniker. According to the reports that have been leaked it confirms that Samsung is directly making a jump in their naming scheme from S10 to S20. So, the rumors which were recently released and talks about the phone which were being made is not S11 but it is named S20.

Must Read : The upcoming Lite versions of the Note 10 and the S10 form their basis on cameras

According to the leaks this time Samsung is planning to release a longer series than they usually launch. The name of the trio series includes the standard S20, S20 plus which would be a bit premium and final and the surprise package of the lot would be S20 ultra. With S10 being released in four different variants with the leader of the pack being the S10 with the latest 5G connectivity. This time Samsung would not be needing the help of the fourth variant as according to the reports leaked all the three variants of the upcoming model would be having the facility or you can say featuring with 5G connectivity. This year Apple did a similar thing as they released a budget friendly phone with the name of iPhone XR and the remaining two models iPhone 11 pro and 11 pro max.

There are not many details that have been leaked about the outlook or interior of the phone except for the dimensions of the phone. As per information S20 would be around 6.2 inches, with S20 plus being 6.7 inches and the premium of the lot being 6.9 inches. The price tag and other information about the phone would soon be released.

Samsung denies the rumours that it plans to stop selling Exynos...

So how about the display on the Pixel 4 XL?