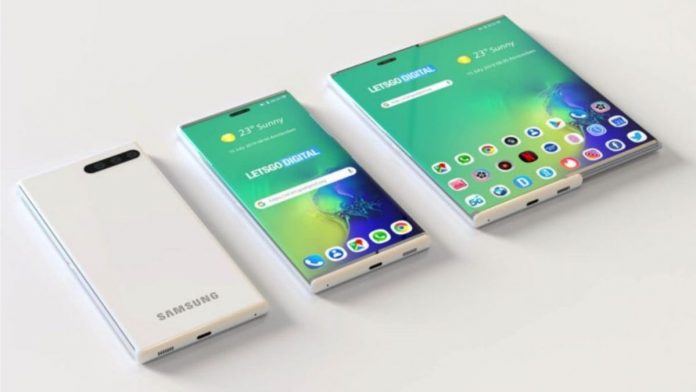 Smartphones brands all over the world are spending a lot of money in the Research and Development departments as they wish to have a competitive edge over their competitors in the market. They are constantly working on new projects, designing new and innovative technology and making it available for their consumers. Earlier, a new patent released by Xiaomi showed how they had patented a smartphone which has removable cameras.

Keeping up to speed with the demands of the modern market, Korean giants Samsung have also come up with an innovative idea of their own. Much like its display making rivals TCL and LG, Samsung has now confirmed that they too are working on smartphones which will support rollable and slidable displays, which they plan on introducing in future smartphones. In addition to that, the company’s display division also shared some important details regarding yje project.

Must Read: News leaked about the upcoming Xiaomi Mi 11 Pro

This news was revealed by Choi Kwon-Young, who is Samsung Display’s Senior Vice President, he made the revelation after the company shared its latest financial report. Furthermore, he also confirmed that Samsung’s first-ever rollable and slidable displays are coming later this year, though he failed to answer as to when exactly they would be arriving. What this means is that Samsung are in line to becoming the first company to introduce the new innovative displays in the market of smartphone technology, however, there is still no confirmation of this process as yet, but stay tuned we will keep you updated.

In addition, we also expect to see the new Galaxy Flip and Fold phones feature new technologies this year such as a variable refresh rate for better power efficiency. Rumors on the internet have stated that the upcoming Z Fold 3 will feature a S Pen for the first time, a pen which we recently saw on the Galaxy S21 Ultra. Now even though the S Pen will feature on new lineups this year, Samsung has confirmed it has no plans of giving up on the Galaxy Note series just yet. Much to the relief of Galaxy Note fans, this has falsified all rumors which said that there would not be a Note Series launch this year.

HONOR 8X – THE SMARTPHONE BEYOND LIMITS WON THE TITLE OF...

realme 6 series is here! Kicking off with World’s First Helio...