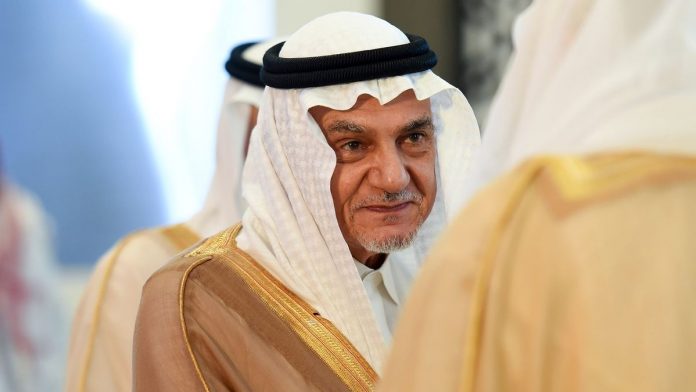 An unmistakable Saudi ruler cruelly reprimanded Israel on Sunday at a Bahrain security culmination that was distantly gone to by Israel’s unfamiliar priest.

Ruler Turki al-Faisal, who drove Saudi insight for over twenty years and filled in as minister to the United States and Britain, cautioned that any standardization bargains expected to assist the Palestinians with getting their own free state.

He portrayed Israel as a “Western colonizing” power. He said Israel has “imprisoned (Palestinians) in death camps under the flimsiest of security allegations — youthful and old, ladies and men, who are spoiling there without plan of action to equity. They are crushing homes as they wish and they kill whomever they need.”

In spite of the fact that the ruler doesn’t hold any official position, his position is viewed as intently reflecting that of King Salman. Interestingly, Saudi Crown Prince Mohammed canister Salman has flagged a more prominent readiness to unobtrusively draw in with Israel to counter regular adversary, Iran, and lift unfamiliar interest in the realm.

Sovereign Turki’s remarks come as neighboring Bahrain and the United Arab Emirates as of late moved to standardize relations and set up binds with Israel.

Saudi Arabia has demanded that any standardization among it and Israel can just occur close by an enduring harmony bargain including a two-state answer for the Israeli-Palestinian clash.

Israeli Foreign Minister Gabi Ashkenazi, who talked following Prince Turki, stated: “I might want to communicate my lament on the remarks of the Saudi agent.

“I don’t accept that they mirror the soul and the progressions occurring in the Middle East,” he said.

UAE-Israel Agreement Result Of Discreet Talks Between The Nations