Pakistan has been quite usual this tournament, and that usual means being unpredictable. Pakistani team had high hopes for the World Cup and the critics seemed to back them for being one of the favorites because when is Pakistan not? However, the start of the tournament had been extremely poor as the Pakistani side surrendered to West Indies, who were fellow strugglers. Not just that, this was followed to a wash out and a couple more defeats leaving Pakistan with 3 losses in the first 5 games and their tournament was supposed to be well and truly over, but then, Pakistan happened. scenarios for Pakistan to Qualify.

Must Read: Huawei Collaborates With NAVTTC for the 2nd Huawei Teachers ICT Training Program in China

Pakistan, then got into third gear and started to showing their true potential and a place in the semi finals was up for the taking with a little help from elsewhere, either New Zealand or England, but a controversial England vs India match led to many believing that India lost the match deliberately to not allow Pakistan to qualify. However, its Pakistan itself who brought this situation upon themselves and then had to accept their fate eventually, because it was only fair. England v New Zealand was the deciding match, which required an extremely heavy loss inflicted by England, dropping NZ’s NRR down and Pakistan winning by a huge margin. Then came the possibility of a defeat of England, which would require Pakistan to win their match and qualify for the semi finals.

The verdict was a heavy England defeat, but was it heavy enough. Now the situation that has been presented is this:

If Pakistan are to bowl first, they lose any chance right away.

Consequently, Pakistan need to beat their opponents by a record margin which is rather unbelievable with the past record being 290 runs. Lets see how it all pans out. 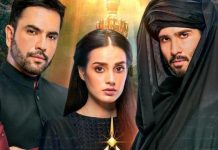 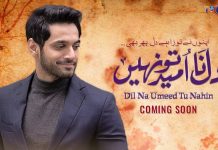 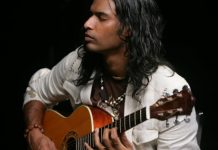 Get a charming look with Halal cosmetics

Tom Hanks claims that his new movie may be the last...