In 2014, the 4th generation of the Fazal Din Family, operating in various sectors of healthcare since 1948, decided to launch an online pharmacy by the name of Sehat.com.pk Employing a state-of-the-art, temperature-controlled warehouse in Lahore, Pakistan, Sehat’s model is quite simple – to procure medicines directly from the manufacturer and to deliver them right to the customer’s doorstep, anywhere in Pakistan. Having delivered medicines to customers in 270 cities in Pakistan is a strong testament to the service’s reach and prowess.

The CEO of the company is Nadir Mumtaz, who has extensive knowledge of medical equipment in Pakistan and has been involved in the startup of 3 prominent companies, and the CMO is Bilal Mumtaz, who is a member of the CxO forum and a Startup Consultant, having been involved with the Founder’s Institute most recently alongside a longstanding affiliation with ProPakistani.

For the past 7 years, Sehat has expanded into different verticals, from institutional sales, B2B, medical agency sales, and digital marketing for pharmaceutical manufacturers. Apart from this, what also sets apart Sehat from other e-commerce sites is its strong emphasis on inclusion and community service. Sehat has launched #SehatCares, an initiative by which it aids in youth development in the Northern Areas of Pakistan, having launched multiple football camps in Chitral and having deployed female hygiene kits in the region as well with the support of partners such as the Aga Khan Rural Support Programme and UKAID.

The service has won many plaudits from its customers and has become a beacon of trust for medicine purchasers all over the country. It has won multiple awards such as being a featured startup by Momentum in 2018, winning the Startup Expo Award for Best Health Startup in 2016, and also being invited multiple times as one of the top 40 startups in Asia by Startup Istanbul. Recently, it has been just been nominated for a [email protected] ICT Award for Community Service and Inclusion under the subcategory Health and Wellness.

With the rise of Covid, Sehat has seen substantial double-digit growth in its business due to increased demand for Sanitizers, PPE, Multivitamins and Covid medication.

“The situation is in flux. Reportedly, private deployment will also be done by the government. What this means is that even if a third party imports the vaccine, the deployment is in the government’s hands,” says Nadir Mumtaz, CEO of Sehat.com.pk. The deployment comes second. What is still rather unclear is whether or not enough vaccines are going to be allocated to Pakistani companies.

(Extracted from How will Pakistanis get vaccinated for Covid-19? – Profit by Pakistan Today)

Sehat is an online pharmacy that employs a state-of-the-art warehouse facility in Lahore that maintains all its injectables from vaccines to insulin between a temperature range of 2-8 degrees Celsius. It took 1.5 years of research to develop its “Cold Chain” protocol, which essentially allows it to transport medicines within 42 hours to more than 100 locations in Pakistan within the temperature range of 2-8 degrees Celsius, from dispatch to arrival to the customer’s doorstep. 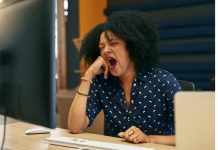 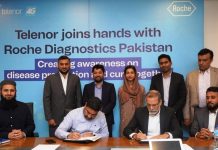 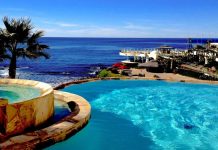 Control Your Home Pests For Good With These Tips