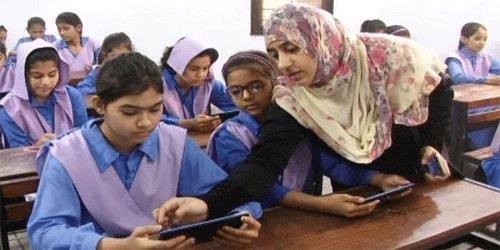 Several districts of Punjab meet highest literacy and numeracy targets in 2017. Last year’s District Education Rankings by Alif Ailaan announced Punjab to be the third among the eight regions of Pakistan. Punjab put its five districts -Faisalabad, Gujranwala, Sheikhupura, Sargodha and Bahawalpur- among the top ten from around the country.

This is due to incremental progress in the school setup in Punjab. As quality of education remain the focus point of authorities in 2017, that resulted as a progress in enrollment, retention, infrastructure development and hiring as well as training of teachers.

Although the education sector made progress to come reach that ranks, many issues are still unresolved. The same district ranking also pointed out many districts including Muzaffargarh that performed at a dismissal level and got ranked at the lowest number. Lodhran, Mianwali, Bahawalnagar, Chiniot, Vehari, Kasur, Pakpattan, Rajanpur and Bhakkar taken place among other districts of the province that did not perform well.

Data collection regime of government of Punjab in the form of its quarterly district education ranking, did gather data and ranked each district of Punjab accordingly.

Before 2017, the ranking was based on the teachers’ and students’ attendance, retention and available facilities only. With the beginning of 2017, the government of Punjab added literacy and numeracy as part of its assessment.

In terms of schooling, the newly-added limited indicator showed a shift in direction for the province. This shift from quantitative to qualitative indicators was a way that the Punjab School Education Department (SED) did choose to focus on quality.

The ranking -by administering a test- used English, Urdu and Math tests as standars of quality education.

Must Read: Next Exynos SoC Will be Unveiled on January 4, 2018

In the current budget, the government of  Punjab earmarked an amount of Rs. 9 billion to upgrade basic pay scales of teachers. The up-gradation process is likely to complete at the beginning of 2018. Many teachers were upgraded in last year.

Another demand of the teachers, to honour the performers among their ranks, was also met in the previous year. 500-star teachers and officers’ awards alongside cash prizes were given away.

34 districts out of the 36 achieved the provision of facilities -including the availability of electricity, drinking water, toilets and boundary walls- target with an overall success rate of 97.7%. However Rajanpur and Dera Ghazi Khan failed to achieve the targets. However, the districts were, unable to achieve security of buildings targets as sixteen of them were found to be below par. Layyah, Sargodha, Vehari, Lahore, Bahawalnagar, Gujranwala, Rahim Yar Khan, Bahawalpur, Multan, Rajanpur, Khushab, Lodhran, Narowal, Nankana Sahib, Rawalpindi and Dera Ghazi Khan failed to meet the standard.

Parents crried out several protests  against the continuous fee hike by private schools, throughout the year. They demanded an end to fee hike and complained of deteriorating quality of education in expensive private schools of Punjab. They battled it out with private schools at the DEAs (District Education Authorities). 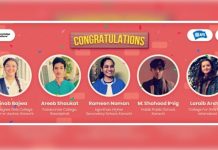 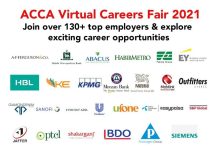 ACCA calls for a reduction in tax rates, issues budget proposals for 2021-22