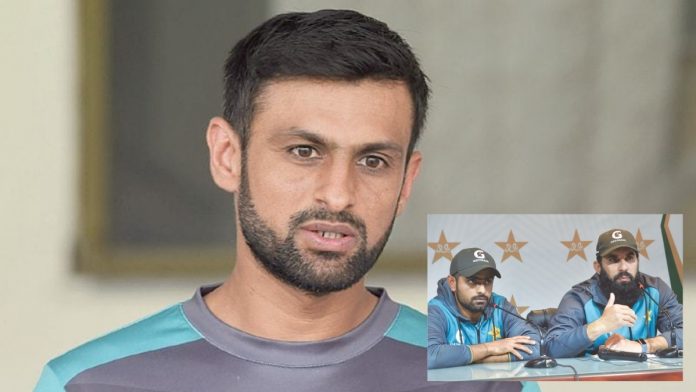 The 39-year-old considers that Chief Selector Mohammad Wasim and skipper Babar Azam ought to be taking all of the choices.

“Unacquainted decision makers need to take a step back; Babar and chief selector need to call the shots,” Malik tweeted.

Also Read: Remaining matches for PSL 6 to be held in June

“In my opinion, we need an international white ball coach who understands cricket inside out and grooms our captain whilst giving clarity to our players for coming time. When your management relies on likes and dislikes especially when your cricket is just in surviving mode, then what else do expect as a nation? On top of that, when you don’t let your captain take decisions this is bound to happen,” he added.

It has to be mentioned that Shoaib Malik, who hasn’t played for Pakistan because the England tour this past year, might create yet another comeback from the side particularly thinking about the group’s middle-order woes.

The Sialkot-born, lately, also received financing from former captain Shahid Afridi along with addition in the side before T20 World Cup.

Babar Azam and Rizwan Continue to Rule the ICC Rankings