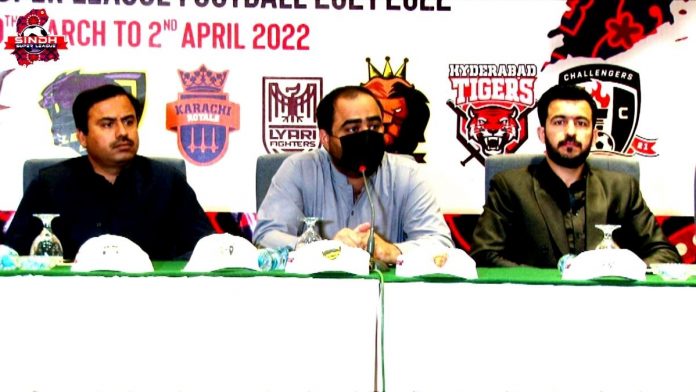 The Sindh government is delighted to announce the launch of the Sindh Super League, a league providing sporting activity and employment to the youth of Sindh and the rest of Pakistan.

“On behalf of the Sindh government and Chairman Bilawal Bhutto-Zardari, I am delighted to announce the Sindh Super League,” said Special Assistant Sindh Sports Department Arbab Lutfullah at the inauguration ceremony held at a local hotel here in Karachi.

The league will begin on March 20 and continue till April 2. All matches will be held at People’s Stadium in Lyari, Karachi.

The Sindh Super League is part of the Sindh government’s focus on sports in every district. It is the first step in our endeavour to organize sporting activity in every district of the province,” said Lutfullah.

The convenor of the Sindh Super League is former captain of the Pakistan national team, Kaleemulllah Khan.

TPT & Live360 will be broadcast production partners for the event and TransGroup will support the league with its marketing and sponsorships. The league will be broadcast on Geo Super. Two matches will be played each day. The inauguration ceremony will be held on March 20 at 7.30pm followed by kickoff at 8.30pm.

“We invite everyone, from all walks of society, to come to the stadium and cheer on Pakistani footballers and encourage their efforts,” said Kaleemulllah.